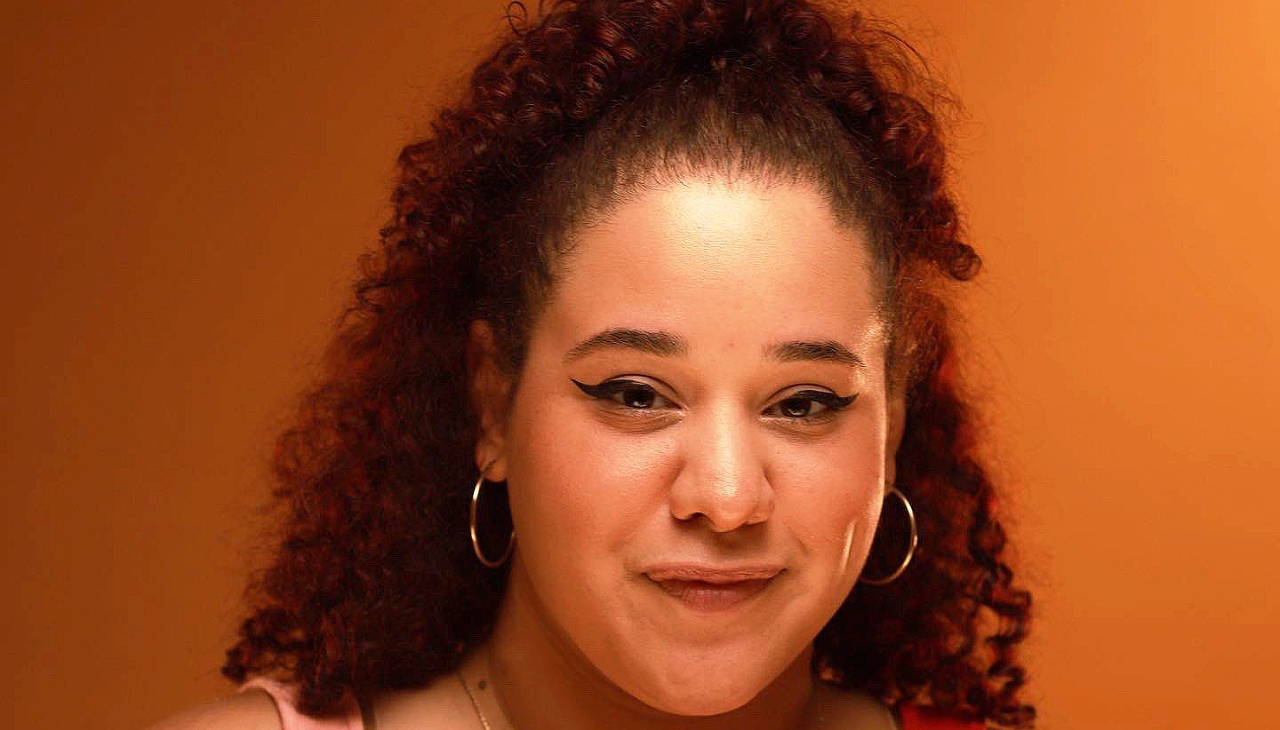 Scarlet Hernandez is one of the newest members of the Recording Academy's Philadelphia chapter. Photo Credit: Kiana Williams (@kswvisuals).

It's another milestone, as Scarlet Hernandez becomes member of Recording Academy's Philadelphia chapter

The Membership Director for REC Philly, and lifelong music lover, is using her newest platform to advocate for Philadelphia's vast music and creative scene.

Growing up, Scarlet Hernandez always enjoyed watching the Grammys and Latin Grammys each year, classifying them as “spectacular shows.”

However, it wasn’t until she got older that she became more informed about what goes on behind the scenes and the resources that go into the annual spectacle.

“It was a bigger world and a bigger network than I thought it was,” Hernandez told AL DÍA.

As she learned more, her fandom grew and she started to daydream about one day becoming a part of that network, eventually joining GRAMMY U while in college.

GRAMMY U connects college students with the industry’s brightest and most talents and provides aspiring professionals with the tools and opportunities necessary to start a career in music.

Fast forward to today and she is now officially a part of that network.

This past July, Hernandez was announced as one of the newest members of the Recording Academy’s Philadelphia chapter, as part of its 2022 Class.

As a lifelong music lover, this latest distinction adds yet another layer to Hernandez’s commitment to making a positive impact in an industry that she holds so near and dear to her heart.

Hernandez has been a music fan for as long as she can remember.

“I really felt [music] as a form of escapism,” she said. “It really supported me, but it also helped me feel seen.”

For her, music has allowed Hernandez to express her creativity.

So naturally, she sought to find ways to turn her love of music into a positive for others, as well.

This ultimately led to finding a path into the music industry, ultimately taking on her current role as Membership Director for REC Philly.

As she works with REC’s thousand members, she also manages an artist, as well — Philly R&B artist Max Swan.

While she has surely put her fingerprints on Philly’s music scene over her time with the organization, becoming a member of the Recording Academy is no easy feat.

To be considered, an individual must receive two recommendations.

Hernandez’s recommendations were two individuals she has long looked up to in the industry — Laurin Talese, the acclaimed jazz singer, songwriter and, who also serves as vice president of the Recording Academy’s Philadelphia chapter; and Donn Thompson Morelli, also known as “Donn T,” a vocalist who comes from a lineage of creators and performers. She is the daughter of Lee Andrews, and the sister of The Roots drummer, Questlove, and also serves as president of Philadelphia’s chapter of the Recording Academy.

Becoming a member of the Recording Academy is a long process that ultimately led to this moment.

“What a milestone,” Hernandez said about her thoughts on joining the Academy. “What an incredible milestone to be recognized in this industry, in this beautiful city that I love, by people that I admire so much.”

When she thinks about the magnitude of her membership, she credits the values and approach she takes every single day.

“Be kind to everyone and be your best self in front of everyone because you just never know,” said Hernandez. “I definitely live every interaction with [the idea of], let’s make it the best interaction ever.”

It is that mindset that has helped her name get spoken in rooms in which she is not present.

Membership into the Recording Academy comes with a focus on service, advocacy and recognition of the art and craft that comes with music.

To Hernandez, that focus goes hand-in-hand with what she does on a daily basis with REC Philly.

“Working with artists has been incredibly eye-opening,” she said.

The evolution of her love for music has evolved through where she currently is in her career.

Working with music artists who are looking to launch their careers and helping them along the way is a major contrast from when she was growing up, being a fan of musicians who are already recognized nationally and had a huge backing.

“To be on that ground level gives you a new appreciation,” Hernandez said.

Now with a new relationship with music, her love of it has never waned.

While Hernandez relishes in the incredible nature of her new membership, the responsibilities she has to uphold hasn’t been lost on her. Her goal is putting access at the forefront.

On a personal level, she is looking forward to continuing to build her network within the music industry, and beyond as part of her new membership.

Professionally, Hernandez has an eye toward supporting, diversifying and strengthening the creative ecosystem across Philadelphia.

There are challenges abound; and Hernandez wants to use her newest platform to advocate for those within Philadelphia’s music scene who are facing these challenges.

“If we all want to work in an industry, we have to understand the industry,” she said. “I want to continue to have community conversations in places where people deserve to hear it.”

Everyday is a day to learn, however it is also a day for her to teach.