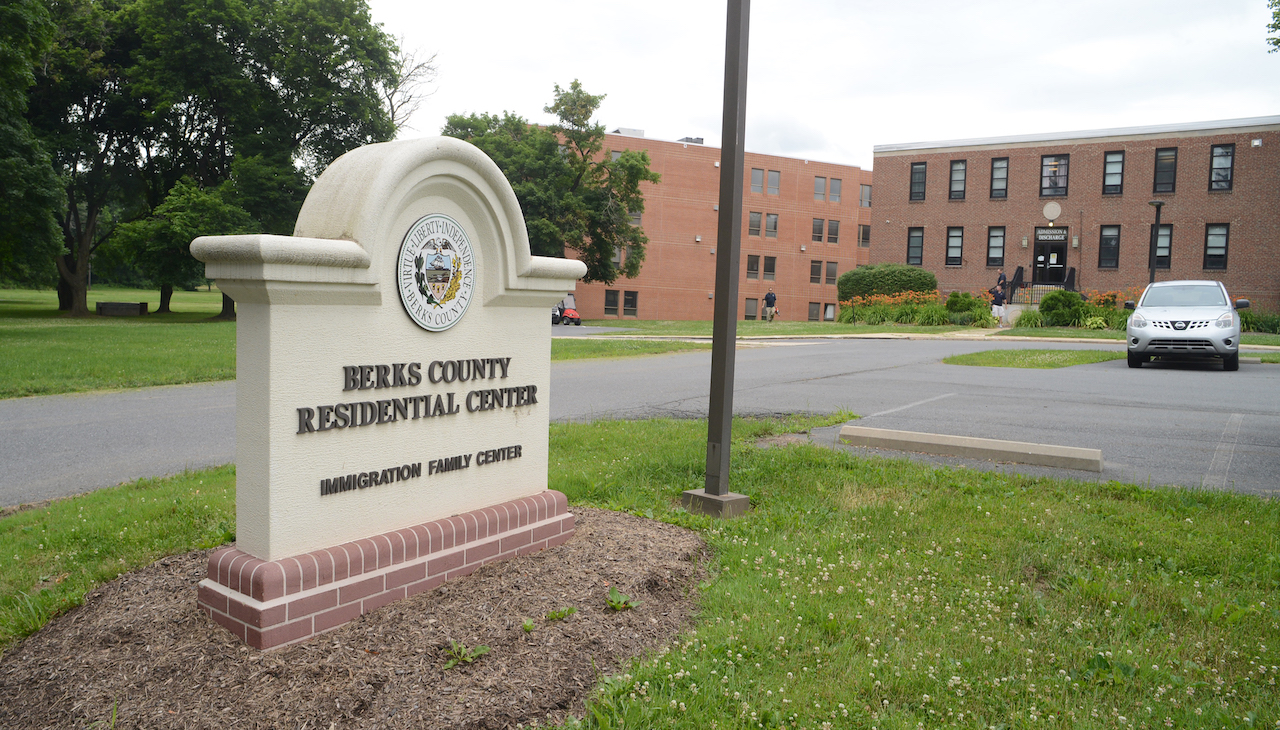 Berks County detention center was, for years, a sore spot for Pennsylvania Democrats unable to account for its continued operation.

Adriana Zambrano made the drive to Berks County detention center in the afternoon of Thursday, Dec. 1st, to do some follow-up work after the feds announced its imminent closure unexpectedly this week, according to a breaking report by The Reading Eagle.

Zambrano is a Programs Coordinator at ALDEA, an organization providing pro bono legal and social services to immigrant populations whether free or detained, and has been involved in this work for six years.

“Pure joy and pride, and just excitement about the possibilities,” Zambrano, an attorney and immigration advocate who learned of Berks’ shutdown through a reporter, told AL DÍA in an interview.

Berks was a sore subject for years. It served as an unprofitable immigrant detention center, then repurposed into a migrant women's facility in 2022 after Immigrations and Customs Enforcement struck a quiet, million-dollar deal with the county.

Immigration advocacy groups in Pennsylvania — and some scattered across the East Coast — had engaged in a years-long, unsuccessful call for its shut-down, with some recent interventions earlier this year, when President Joe Biden landed in the Commonwealth to campaign for Dems ahead of the midterms.

Shutting down for-profit prisons was Biden’s original plan when he took office in 2021, but the administration failed to follow through on its commitment, as prisons were later turned into immigrant detention centers.

“Biden can use his presidential powers to shut down Berks,” Adrianna Torres, a Shut Down Berks spokesperson, told AL DÍA in mid-October.

Groups like ALDEA mounted pressure in other ways, in servicing detainees with legal support, making successful cases for asylum, and preventing what Zambrano donned a “deportation mill in our backyard.”

“We made that impossible. We frustrated that purpose by giving every woman who needed it a free competent immigration lawyer. And I’m really proud of that,” Zambrano remarked.

But even as groups pressured officials for accountability — including Senator-elect John Fetterman, whose team did not provide comment — surrounding the facility’s continued operation despite low traffic, little to nothing was done or said about Berks until this week.

“I don’t know how much ICE knew. We haven’t discussed [this] with them at all,” Zambrano noted of the sudden closure scheduled for January 2023.

The news is a victory for immigration advocates like Zambrano, who is working at Berks to figure out how the facility will manage current detainees and will “certainly work very hard to ensure that there are releases and not transfers.”

And in addition to following up on the shutdown, Zambrano says, the group will shift gears to address the remaining detention centers in the Commonwealth.

There is no clarity from ICE as to what steps will be taken to process current detainees. AL DÍA has reached out to ICE for comment.

“This is a culmination of years of organizing work by the community,” Andy Kang, Executive Director of the ​​Pennsylvania Immigration and Citizenship Coalition, told AL DÍA.

But like Zambrano, Kang says there is work to be done about the remaining detention centers in PA, of which there are three after Berks closes its doors.

“All the leaders I’ve checked in with, we’re all very clear-eyed that this is not the end of the work,” Kang added and echoed Zambrano’s efforts to ensure the women currently detained at Berks are due for a release and not a transfer.

Kang did not directly address specifically what the next steps are, and it remains unclear whether the other three facilities are prepping for incoming transfers.

Sources tell AL DÍA that ACLU’s PA chapter will head some efforts to pressure the administration to close the remaining detention centers. AL DÍA has reached out to ACLU for comment and is awaiting a response.