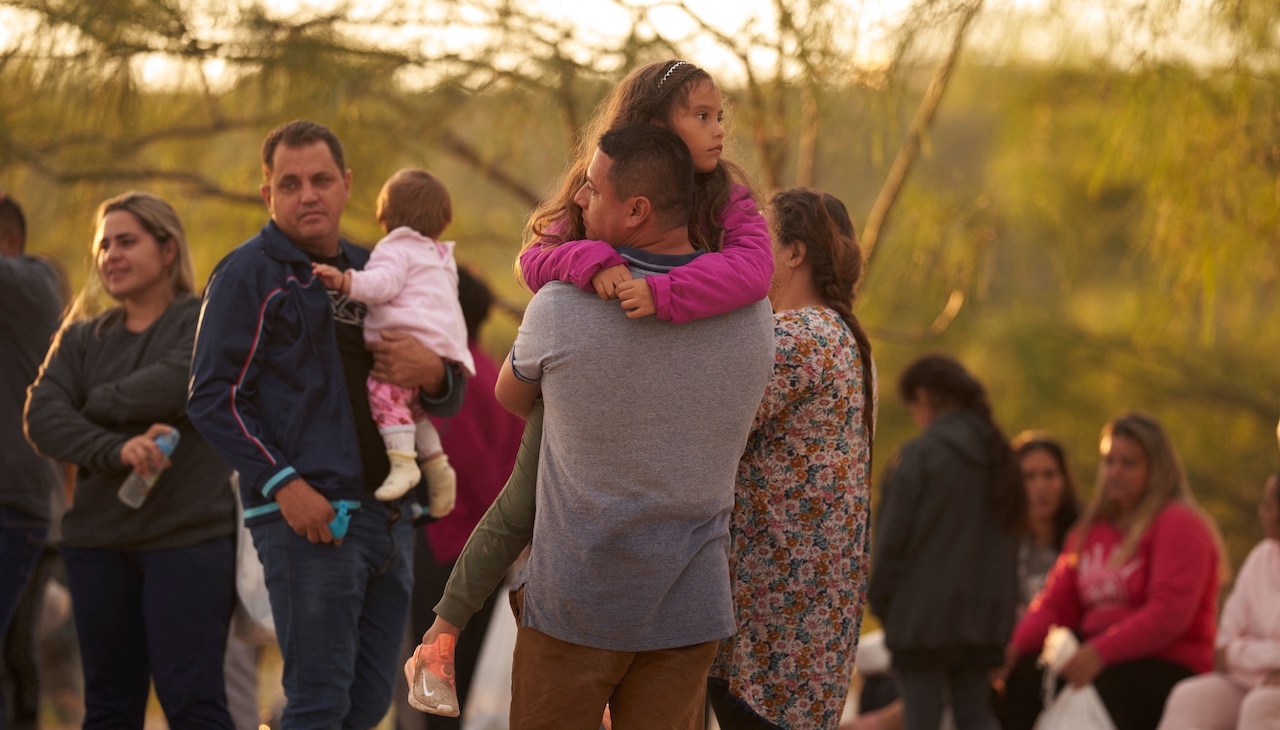 Deporting only public safety threats is on the table. Photo: Allison Dinner/AFP via Getty Images.

Biden’s policy is focused on prioritizing the deportation of individuals who are public safety threats.

On Tuesday, Nov. 29, the Supreme Court will hear arguments and review President Joe Biden’s immigration policy that prioritizes the deportation of individuals who pose the greatest public safety threats.

Introduced back in September of 2021, the policy was legally challenged by a handful of Republican-led states and as a result, was blocked this past June by a Texas federal judge, after only being in effect for less than a year.

Biden's immigration policy is a more lenient and less aggressive approach to deportation compared to that of former President Donald Trump. Under Trump’s plan, people could be deported regardless of criminal history or community ties.

On the other hand, Biden's policy does away with that aspect of the policy. His policy only requires an assessment of whether an immigrant is a public safety and national security threat. In the meantime, the government prepares the deportation process. Texas and Louisiana were quick to challenge Biden’s measure.

The states argued that they face additional costs to be able to detain people the government would allow to remain free inside the country, despite their criminal records.

One of the many legal challenges to the immigration policy is from September 2021 in which the Department of Homeland Security issued an action that halted deportations unless individuals had committed acts of terrorism, espionage, or “egregious threats to public safety.”

The Biden Administration has said in court that with the tens of millions of undocumented immigrants in the U.S., the government has to pay more close attention to certain cases because of the lack of available resources to be able to detain and deport all.

"Just because you say it's a drain on resources doesn't actually mean that that is real," said Sirine Shebaya — executive director of the National Immigration Project — who, along with the group, co-authored a brief supporting Biden. "They are actively targeting this group and breaking it apart from the rest of the population, even though federal and state law require that all residents of a state be treated similarly."

"We do not have a money tree in the backyard, nor can we print money," Murrill said. "Any argument that our position on illegal immigration is somehow in conflict with a policy of encouraging growth in our states is falsely equating two things that are wildly dissimilar."

This comes amid constant criticism of the President from the GOP on his lack of enforcement and border security policies. GOP officials have argued that it has led to a rise in crime as well as those coming into the country illegally.

Trump-appointed U.S. District Judge Drew Tipton is responsible for the blocking of the policy. He argued that his state of Texas had legal standing to block because it could prove that immigrants who should have been detained were in the Lone Star state and for some, had committed prior crimes.

Tipton said that both the policy was illegal and that the government failed to correctly implement it.

"Whatever the outer limits of its authority, the executive branch does not have the authority to change the law," Tipton wrote in his initial ruling that blocked the policy.

“Using the words ‘discretion’ and ‘prioritization’ the Executive Branch claims the authority to suspend statutory mandates,” Tipton added. “The law does not sanction this approach.”

On Tuesday, the Supreme Court will decide whether the states even had legal authority to challenge the policy and if so, determine if the guidelines are unlawful.

They will also look into concerns whether the judge had the authority to block the policy even if it is unlawful. Additionally, the justices had voted 5-4 this past July to reject Biden’s request to reimplement the policy, but remained open to hear oral arguments.

Biden’s record with the Supreme Court and other higher courts has not been totally successful regarding policies and regulations from DACA to Climate Change, COVID-19 Vaccine mandates, and now immigration.

A final decision is expected to come by the end of next June.