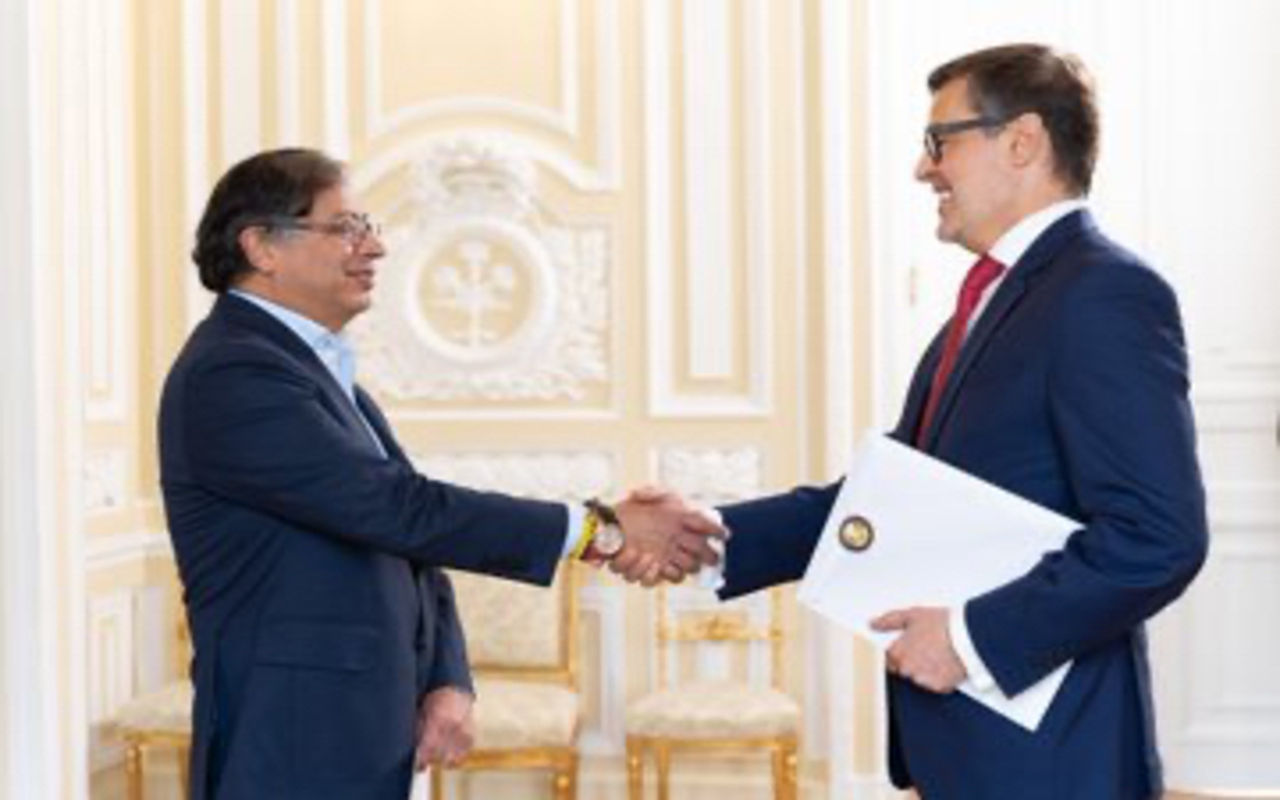 A scene of the delivery of credentials accrediting the ambassador of the Bolivarian Republic of Venezuela to the Government of the Republic of Colombia. Photo: Twitter- @plasenciafelixr.

The President of Colombia had a meeting at the Casa de Nariño with Félix Plasencia to present his credentials.

No To The Referendum

The meeting between Colombian President Gustavo Petro and Venezuelan Ambassador Félix Plasencia marked the beginning of diplomatic work and the resumption of relations between the two countries. During the meeting, the President also received credentials from the diplomatic representatives of Brazil, Norway, Israel and the United Kingdom.

"Here in Bogotá, we were received by President Petro to be and comply with the delivery of the credentials that accredit me as ambassador to the Republic of Colombia. A solemn and important event, but above all one that confirms our commitment to brotherhood with a neighboring country, a neighboring country, between governments in solidarity, between governments that contribute to the commitment to the citizen towards the people, to dignify the life of our compatriot," said the Venezuelan ambassador on Telesur's 360.

At the meeting, Petro and Plasencia discussed relevant issues in the region, so that peace and tranquility are maintained through a path of dignity for the better life of all citizens.

The meeting meant a matter of transcendence to recover the relations between both countries and move towards the future.

Plasencia said that "Venezuela and Colombia have a deep historical commitment with our region, with the Caribbean, with South America, with Central America and with the entire American continent."

For his part, Venezuelan Foreign Minister Carlos Faria said that "the delivery of Félix Plasencia's credentials to Gustavo Petro ends sealing this new stage of peace diplomacy between Colombia and Venezuela."

"The sword of Bolivar runs through Latin America!" he continued.

The current Venezuelan ambassador is one of the most experienced diplomatic career officials in the country and served as the country's foreign minister for 10 months.