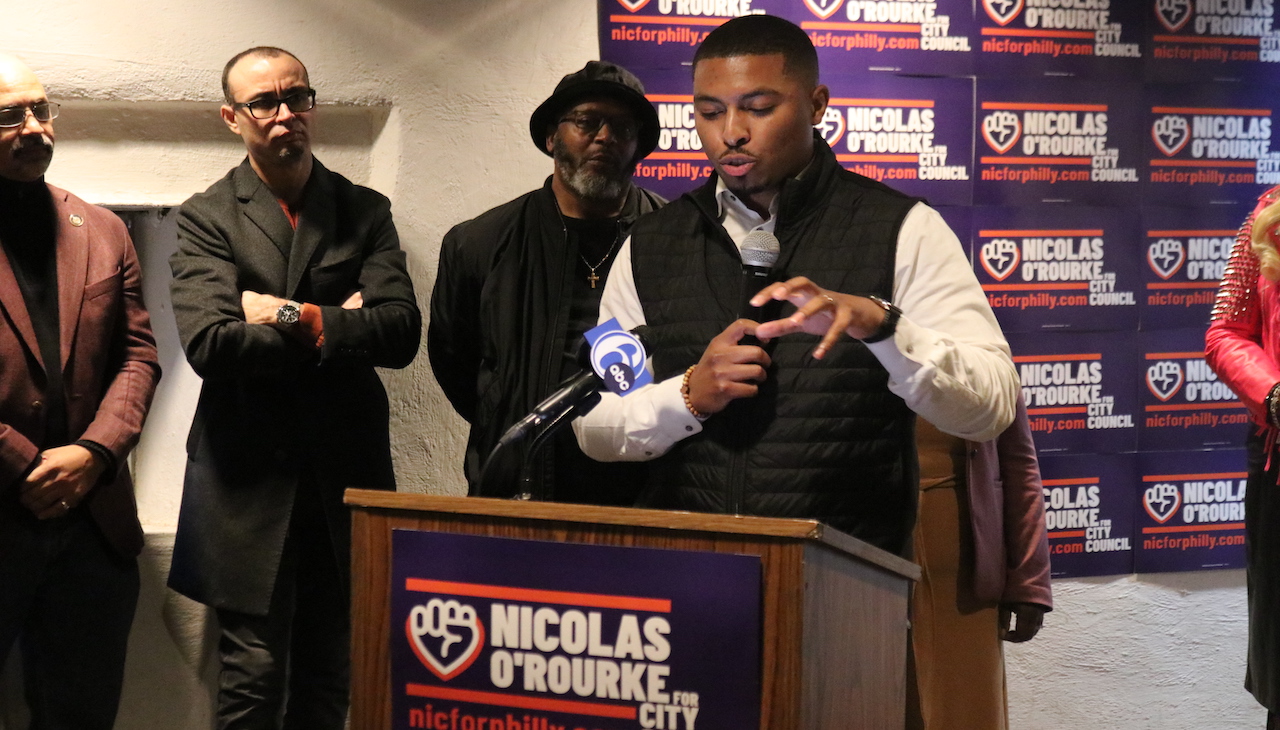 “How fitting that I stumbled into the Working Families Party because I grew up in a working family and everything good that I have to offer this world, this Commonwealth,” O’Rourke started off saying to a packed room.

Despite the fog and cloudiness of the day, O’Rourke brought some sunshine with him in his announcement, who is also a pastor at Living Water United Church of Christ in the Oxford Circle neighborhood, in the northeast part of the city. 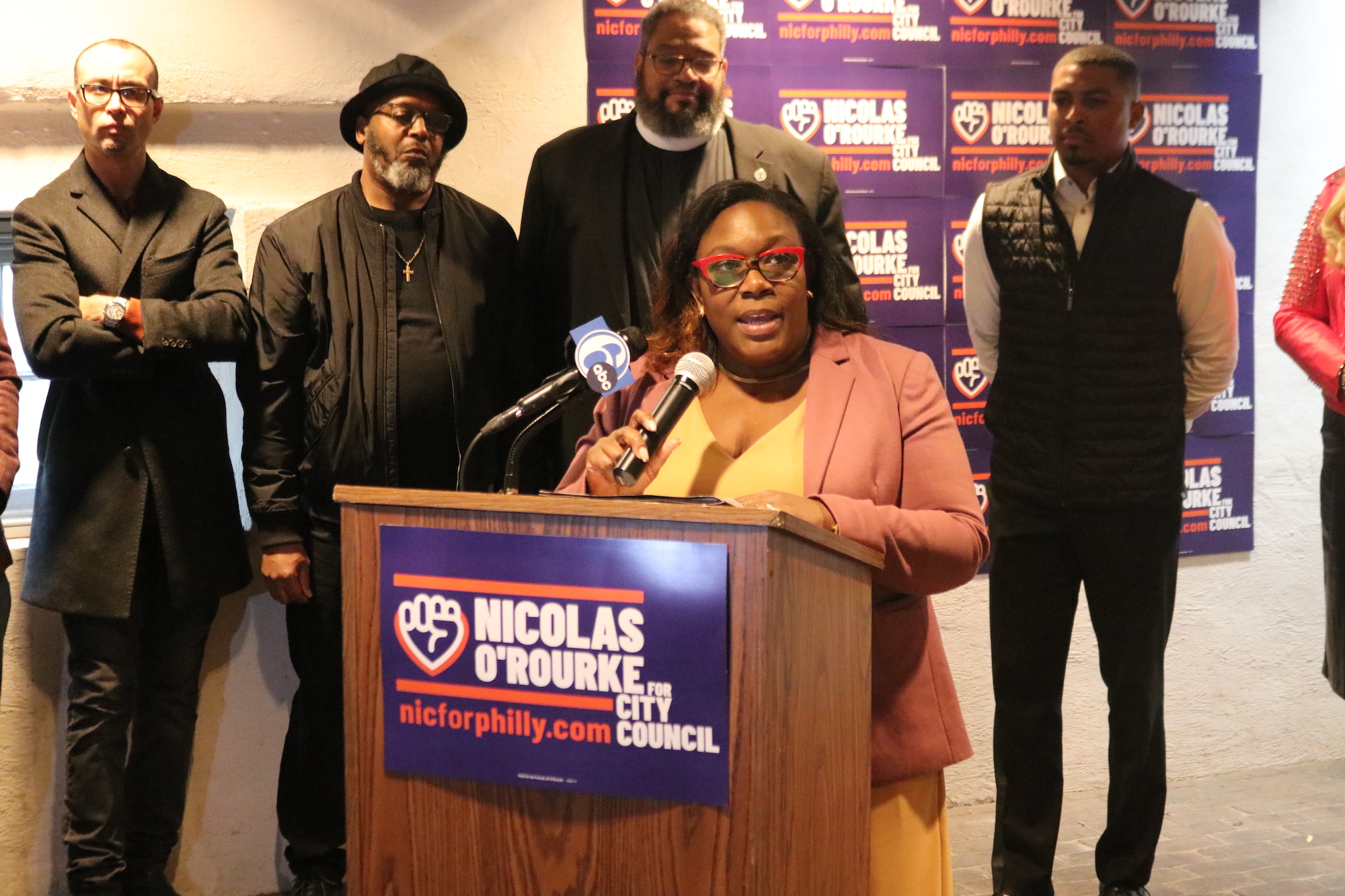 Councilmember Brooks spoke on Nicolas’ work ethic and commitment to a better future for the city.

“And if you know Nic, he wakes up every day worried about how he's going to fight for Philadelphia's working families,” Brooks said. “How we're going to fight to fund our public schools, making housing accessible and affordable, and creating communities that are safe and free.”

The pastor and local organizer is looking to oust the GOP from at-large seats and become the second Working Families Party at-large Councilmember after his close friend and former running mate Brooks, who will also be in the running again alongside O’Rourke. He previously ran for that same seat back in 2019, but lost to David Oh.

However, this go round, Oh is expected to run for Mayor, which leaves that vacant seat for O’Rourke to pick up.

O’Rourke is once again running for one of the two at-large council seats reserved specifically for minority parties. The GOP historically held both seats for more than 70 years until Brooks won one of them back in 2019, shocking the city’s political field.

“I need Nicolas with me on the city council. I need his courage, vision, and tireless commitment to making life better. I need him to fight to reject corporate tax cuts, and tax the ultra rich. I need him to fight for fully funded parks and recreation centers, libraries and public schools. I need him alongside me as we support our brothers and sisters in the labor movement to stand up for workers. And I need him in the fight to pass rent control,” Brooks concluded. 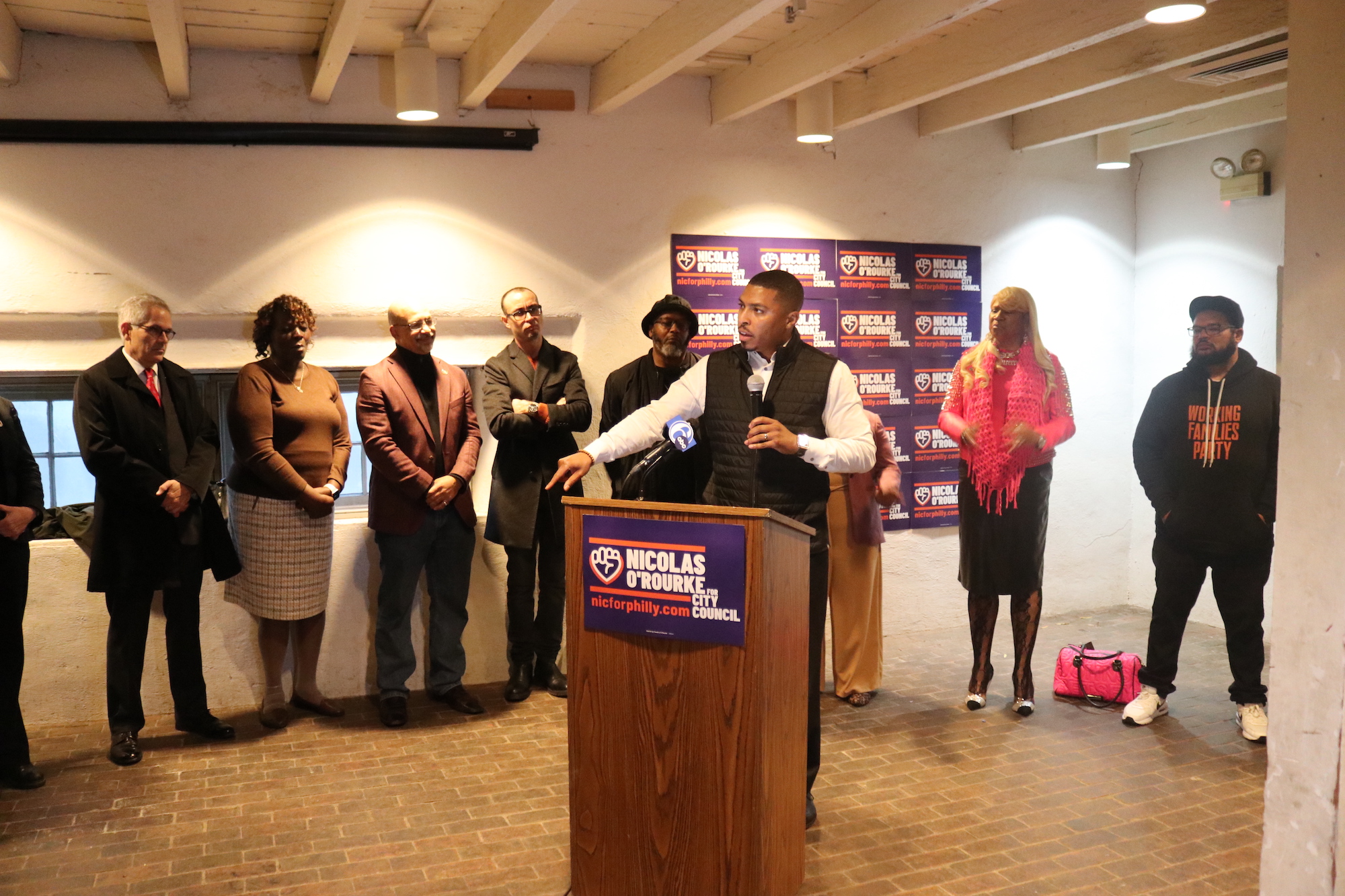 For the last three years leading up to today, O’Rourke has been the Working Families Party’s Organizing Director, where he has been a leading progressive figure and voice for social and economic justice in Philly. O’Rourke took some time early on to speak on being influenced by his mother and father.

“Growing up as the son of two proud and Black working class people, I witnessed their frustrations with the social, political and cultural realities of their friends, their loved ones, and their co workers.” he said. “My parents instilled in me pride and appreciation for many things, but three things in particular, hard work, love for Blackness, and the establishing of faith as the catalyst for my growth and my understanding.”

The son of a truck driver and a telephone operator, O’Rourke has been fighting for the city’s multiracial working families for the better part of a decade. He is running as a Working Families Party candidate with an agenda focused on community safety and reducing gun violence, developing affordable and accessible housing, creating good jobs, and advancing climate justice.

“I'm looking to live what I believe and become a leader in this city that will help build a just Philadelphia that works for the many and not the few. It is my principal commitment to improving the present and pushing for a better future that I'm unapologetically bringing to city council,” O’Rourke said.

Not only has he led WFP’s advocacy campaigns, and been the driving force behind the party’s voter engagement endeavors. He has also publicly defended the city’s democracy from Trump-backed Republicans. 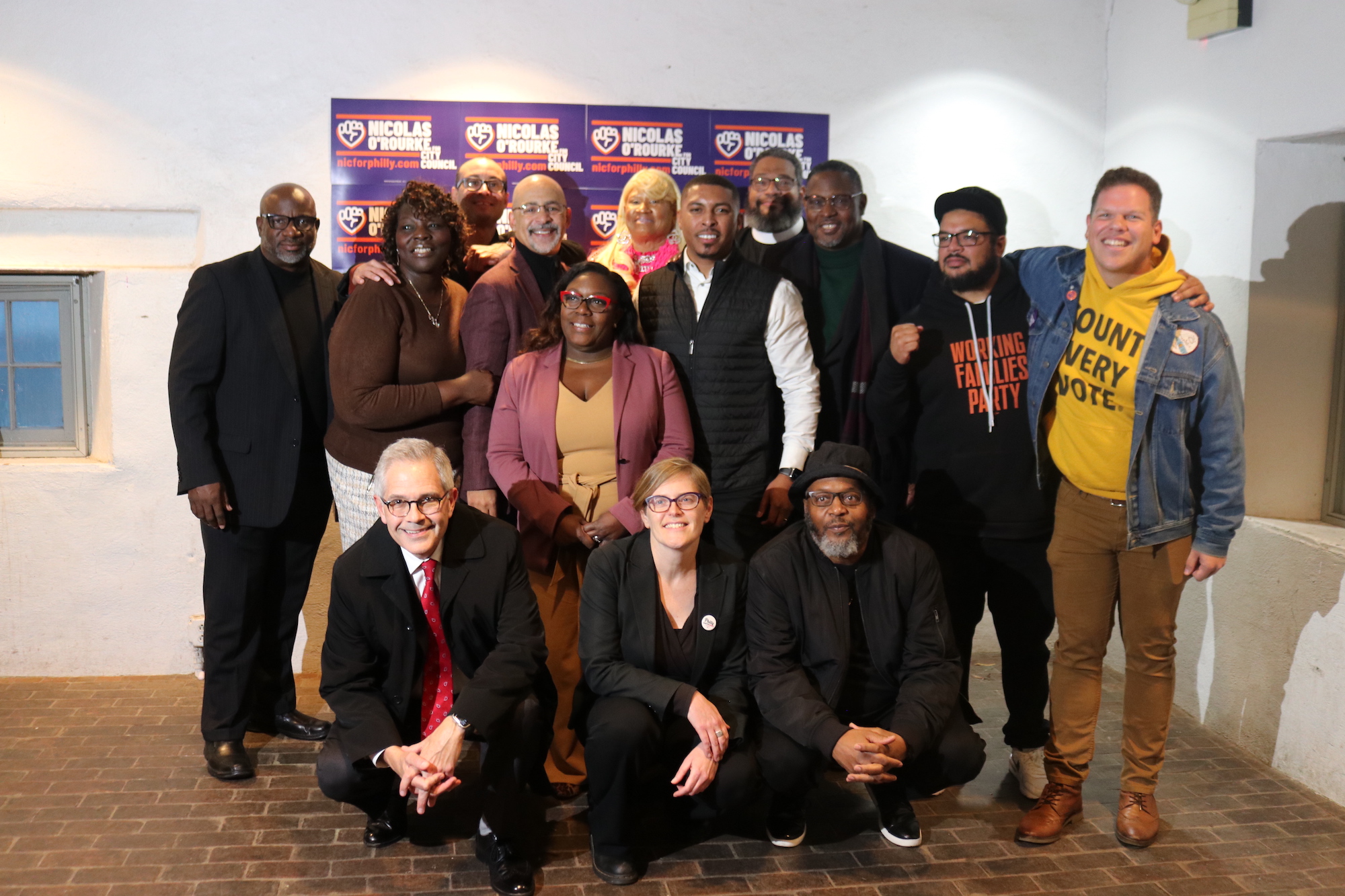 “I would be honored to lend my leadership my energy, my voice, my focus, my drive, my rage and even my joy to make that possible,” O’Rourke said. “All I'm asking is for you to lend me your hands, your feet, lend us your heart and your vote from now until November 7th 2023, so we can win big for our city.”

Prior to being organizing director for WFP, he was an organizer with grassroots organization, POWER, that has more than 50 congregations across the Commonwealth of Pennsylvania. He was also recently named in the City and State PA’s Forty Under 40.