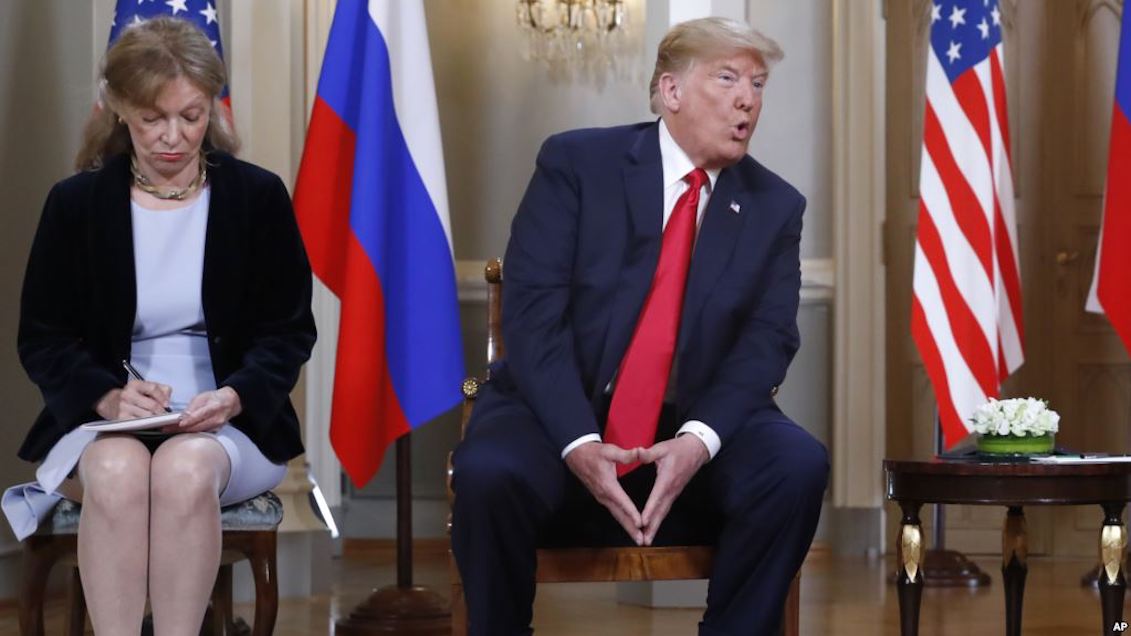 Interpreter Marina Gross takes note when the president of the United States, Donald Trump, speaks with Russian President Vladimir Putin at the beginning of their personal meeting at the Presidential Palace in Helsinki, Finland. Source: https://www…

Is Trump’s interpreter in Helsinki the key to Russiagate? 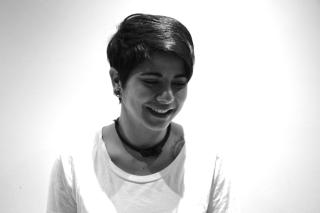 If walls could talk, the political reality of the United States would be different.

Since Russian interference in the 2016 election through cyber hacking was proven to be true, the pressure has increased on Donald Trump's campaign team, reaching the door of the Oval Office.

But the behavior of the president during the meeting in Helsinki with his Russian counterpart, Vladimir Putin, made it clear that the relationship between the two leaders is not a common one.

Without further discussions between advisors or with a fixed line of debate, both presidents met for more than two hours on Monday in the Finnish capital in the company of their interpreters only, something more than unusual in diplomatic meetings.

As the White House argued, "Trump requested time alone with Putin to better assess him and develop a leader-to-leader relationship," especially after his obsession with "leaks" of information from his own team at home.

The interpreter of the U.S. president, Marina Gross, has since become the focus of the obsession of many who believe that she would be the only owner of the information discussed at the meeting, considering the possibility that "Trump made outrageous promises to Putin," explained EFE.

"She is the only reliable witness to the conversation between the two leaders," said Democratic Rep. Bill Pascrell, an assertion which most of the country seems to agree with.

Faced with growing public distrust of the president's "loyalty" to the country's priorities - which has fueled conspiracy theories about the legitimacy of Russiagate - Trump has been depicted as a "puppet" of Moscow, which would translate into a serious national security crisis.

That is why several Democratic lawmakers have demanded Congress to call the veteran interpreter of the State Department to testify behind closed doors to give details about the conversation between Trump and Putin.

Legislators such as Jeanne Shaheen (New Hampshire), Joe Kennedy (Massachusetts) and Bob Menendez (New Jersey) have made a public call to publish "at least" Gross’ notes.

Rep. Pascrell said that "the concessions Mr. Trump made in public to Mr. Putin meant that Congress and the American public deserve to know the details of their private conversation," the BBC reported.

Gross has decades of experience as an official of the State Department, "translating at the highest levels," as CNN explained, and part of her job is precisely to go unnoticed and in absolute discretion. Also, her possible statement before Congress has no legislative precedent.

The director of the foreign affairs committee in Moscow, Konstantin Kosachev, even stated that "the idea of questioning an interpreter marks a dangerous precedent that could threaten the whole idea of diplomacy," the Associated Press reported.

"It has never happened in American history," said Harry Obst, an interpreter for seven presidents, to USA Today. "And if it hasn’t happened in 200 years, there must be a good reason for it."

The reason could be that this is the first time that a president of the United States publicly discredits his own intelligence agencies and puts above them the statement of an autocratic president like Vladimir Putin, whose government is under investigation for alleged collusion with an elected president in Washington.