The gallery boasts nearly 400 artifacts from the East Mediterranean, with details on a few pieces shown here, giving a glimpse into the region’s deep history. 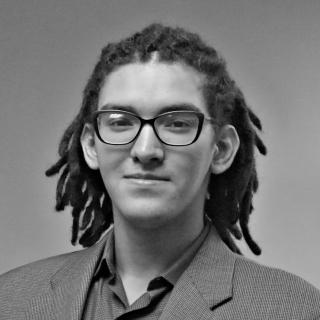 Museums are windows to the past, brief glimpses of another time and place summoned through delicately cared for fragments of life from long ago.

The University of Pennsylvania Museum of Archaeology and Anthropology — or, the Penn Museum — will be opening a new exhibit with a two-day celebration this weekend.

From Nov. 19-20 guests can learn about the East Mediterranean, a cultural hotspot between Egyptian, Greek, and Assyrian civilizations from the year 2,000 BCE to as early as the Ottoman empire in 1800 CE.

Of the approximate 400 artifacts on display, co-curators of the exhibition were able to give greater detail of a few to AL DÍA to give a better understanding of their history.

At a glance, two rectangular pieces of carved ivory small enough to fit in the palm of your hand may seem innocuous, but their history is anything but.

Both pieces would have been painted, embedded with gems, and then built into a throne, many other equally expensive ivory pieces decorating the arms and back of the chair.

Rulers would carry their thrones with them and display both it and themselves with tapestries and backdrops, decorating the area where they would sit with splendor.

“In the late Bronze Age.. think of Middle Assyrian kingship, we know that thrones tended to travel with the king… [It was] very important to have this sort of visual impact for the ruler,” explained Dr. Joanna S. Smith, Co-Curator and Consulting Scholar at the Penn Museum, to AL DÍA.

“They were the seat to power for rulers in all different parts of the Eastern Mediterranean,” Dr. Smith continued.

Clay tablets have endured millennia to tell us the lists of supplies and tools kings took with them whenever they traveled from Palestine.

These ivory pieces would be inscribed with representations of fertility, or stability of power, or any other meaningful depiction that symbolized the ruler’s power.

The pieces displayed at the museum are to be subjects in an article in the museum’s magazine, Expedition Magazine.

“One of the things that the Assyrians did when they overtook the eastern Mediterranean areas of modern day Israel, for example, they literally took the seats of power of these rulers with them back to their capital in Syria,” Dr. Smith said.

But East Mediterranean rulers were not in constant war for power. In some cases, they sent each other messages engraved in clay to accompany gifts sent to secure peace.

The ships that carried cargo from shore to shore were often slim sailboats, roughly 50 feet long and crewed by an estimated 4 men; too small for oars.

One such gift between rulers never arrived, as the ship carrying them and all of its cargo sank beneath the waves in 14th century BCE, its sender and intended recipient unknown.

But the shipwreck and its cargo were not to be lost forever, pieces recovered now on display at the exhibit.

A life-size replica of part of this sunken ship has been built in the museum. Listed as one of the 10 “Must See” artifacts of the museum, it showcases many pieces from the shipwreck that were excavated from the Mediterranean Sea.

Nestled between the crew’s recovered personal treasures, small jars for perfumed oil, and other storage vessels lies a clay stirrup jar, carefully pieced back together.

This jar carried prized olive oil across the sea to be delivered, emptied, and then refilled to trade elsewhere. It is covered in a faded, but evident design of an octopus, its tentacles twining around the jar’s neck.

Olive oil held and still has many uses, from lighting one’s home to washing oneself to cooking food.

The olive oil wasn't the only thing valuable about this jar as even the style of the pottery had value, the design of its handles and body to be copied by potters as they replaced their handmade jars with ones formed on pottery wheels.

In a nearby display, a pair of jars are displayed beside an x-ray of each jar. Though made from different clays from different places, they have the same design.

One jar was made in what is modern southeast Turkey. From there, the design traveled to Cyprus — a small island known for its copper — where it became popular enough to replace the handmade design. The x-rays show the difference in a sculpted handle from one punched into the side of the jar.

As goods and craftsmanship flowed from shore to shore, so too did a new form of knowledge: the alphabet.

The Phoenecians would eventually standardize the alphabet and spread it throughout the Mediterranean, but only hundreds of years later.

The alphabet would not only change in shape, becoming Latin, Greek, and Hebrew, but spread further to the Middle East and became Arabic, and to Asia, becoming Uyghur and Kharosthi.

Among the other exhibits include the stone stelae Pharaoh Ramses II placed in Israel after his conquest of the region, to interactive recreations of earthenware pithos made as religious offerings to Apollo.

The opening weekend celebration of the new gallery will feature live musical performances, workshops, and pop-up talks as the museum celebrates the permanent gallery.

More information about the new gallery can be found on the Penn Museum website.