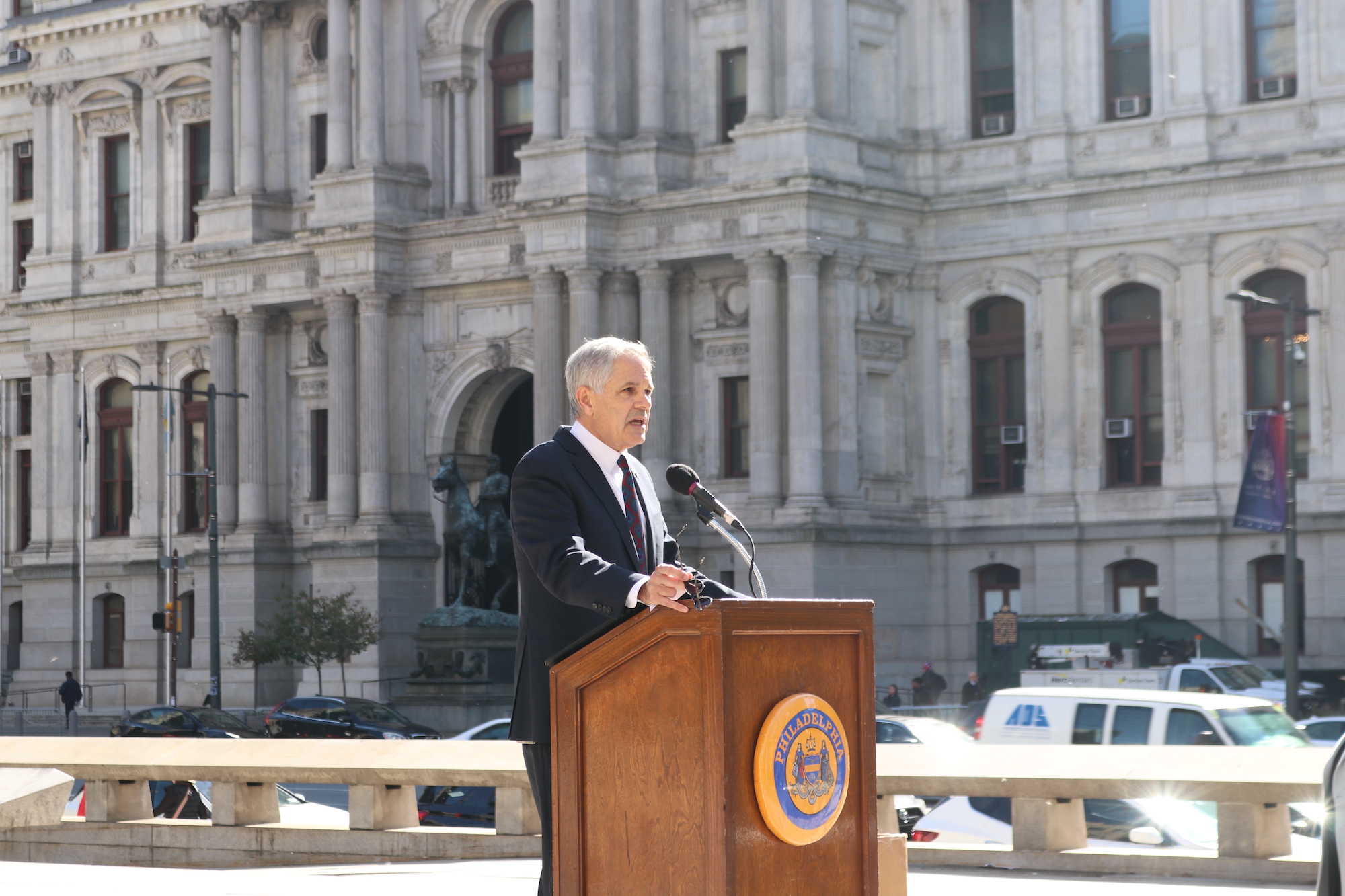 Philly holds “Our Freedoms, Our Vote” rally in Center City to call out suppression and intimidation at the polls

On Thursday, Oct. 20, Philadelphia joined 70 other cities across America in “Our Freedoms, Our Vote” campaign by holding a rally that was held in front of the Government Of The People statue at the Municipal Services Building across from City Hall.

The announcement was organized by the PA Working Families Party, Philly Neighborhood Networks, Free the Ballot, and in partnership with Common Defense.

The rally was a show of support for the city and its effort to maintain free and fair elections amid growing pressure and voter suppression efforts nationwide.

“We saw firsthand how bad actors are tempted to throw out the results of our 2020 presidential election year in Philly,” said Brooks. “We will continue to support our poll workers, city commissioners, election officials and their ability to conduct safe elections. We will ensure that every community member, especially those who have traditionally been faced with structural barriers to the polls, are able to vote. My ancestors fought too hard for the right to vote, we will not be silenced.” 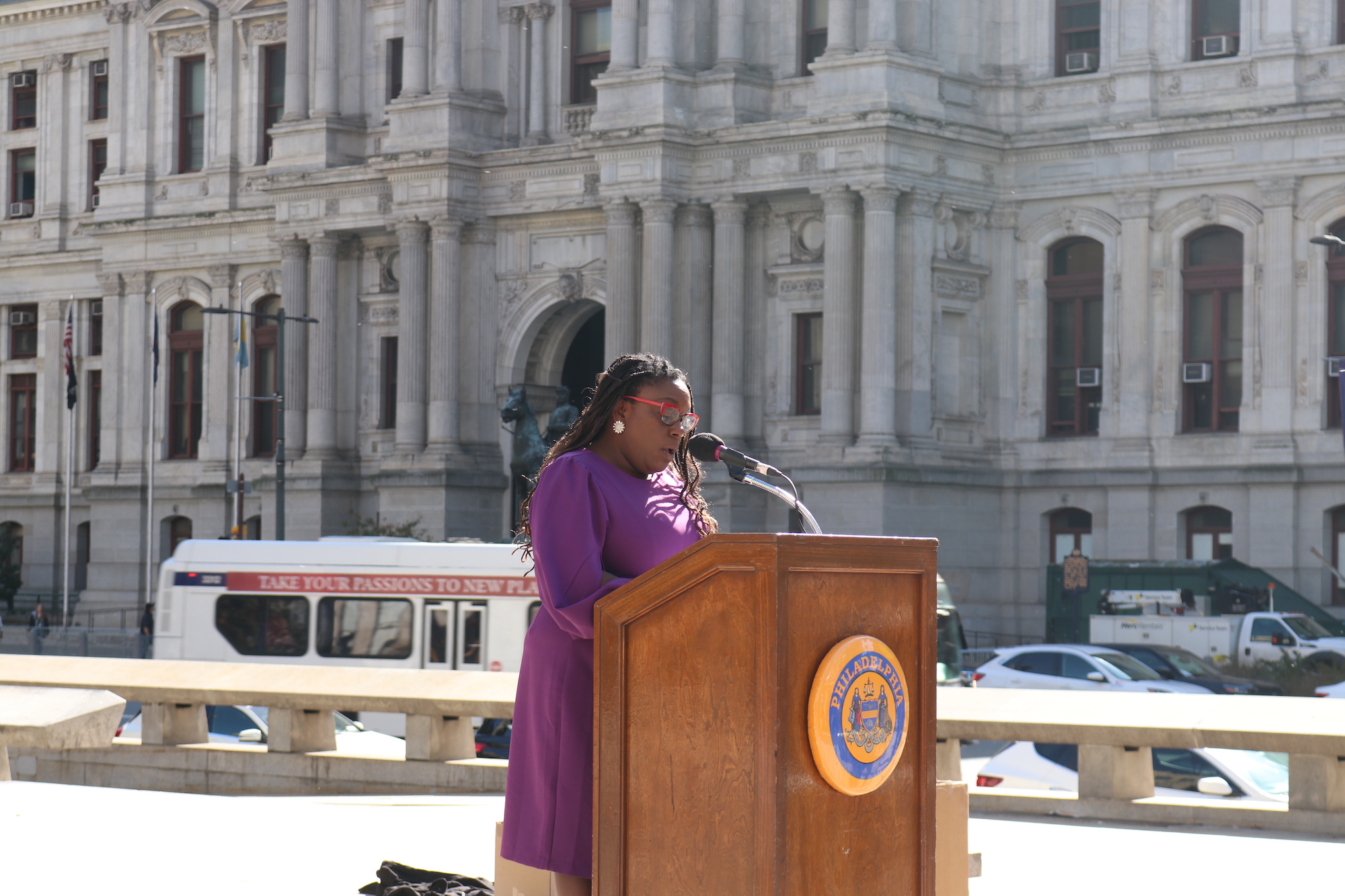 One topic of discussion was the recent council resolution to address the attacks on voters, encouraging a vote for Democrats ahead of the midterms on Nov. 8, and the attacks on Philly voters' decision to overwhelmingly re-elect our DA Larry Krasner, who faces impeachment from the state legislature.

The rally was heavily focused on the “Democracy Resolution,” which praised the City Commissioners and the poll workers for carrying out free and fair elections, and further denounced any attempts to undercut this work whether by intimidation or legislative interference.

It was introduced on Thursday, Oct. 20 in City Council as a “privileged resolution,” which means an immediate vote occurred and passed. The rally also focused on the ongoing threats to Democracy by way of right-wing extremists and some GOP officials. Brooks and Gauthier also announced their sponsorship of the Democracy Resolution.

When it came time for Gauthier to speak, she referenced the events of Jan. 6 at the U.S. Capitol in 2021 as an example of the growing efforts to silence voters and deny election results.

“Today we show them loud and clear that we will not be intimidated and we will not be silenced. I also call the state lawmakers in Harrisburg to stop adding fuel to the fire by promoting illegitimate claims of election fraud in 2020,” said Gauthier. “By threatening to seize power away from locally elected election administrators, it is unconscionable that we have state legislators and a gubernatorial candidate who participated in the insurrection and continue to spread dangerous, racially charged lies about the most sacred American ritual.” 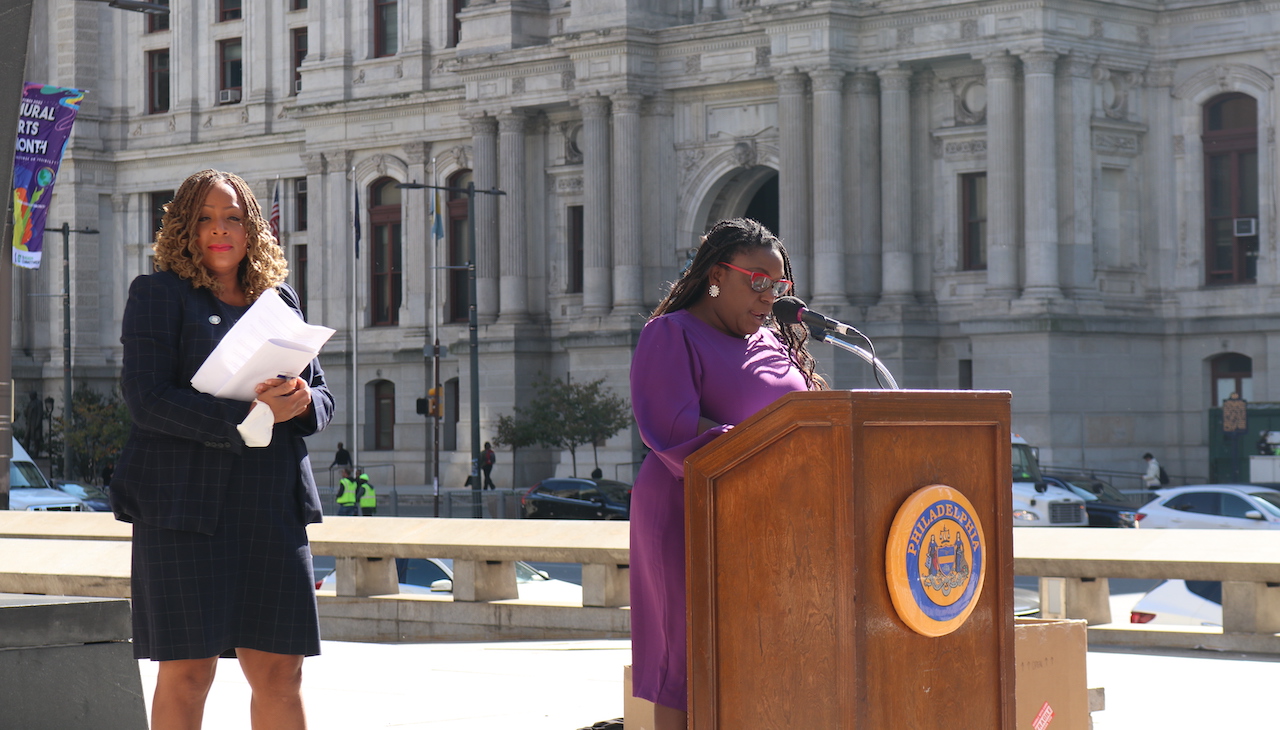 Krasner, and other speakers also spoke on the current investigations by the U.S. House January 6 Select Committee, which has sought to provide evidence that former President Donald Trump was a part of a criminal conspiracy, made false claims, and was responsible for inciting the attack on the Capitol in efforts to stop the peaceful transfer of power following the 2020 presidential election. In the time since Trump lost, GOP officials across the country have gone as far as to change local laws, and threaten officials.

“It's a beautiful day for democracy and a crappy day for authoritarianism, isn't it?” said Krasner. “I gotta tell you, the people who do not want to have free and fair elections, let's just call it what it is. They are un-American. They are anti-Democratic.”

Election Day is Nov. 8, and the last day to register is Monday, Oct. 24. You can also go online to register at vote.pa.gov.