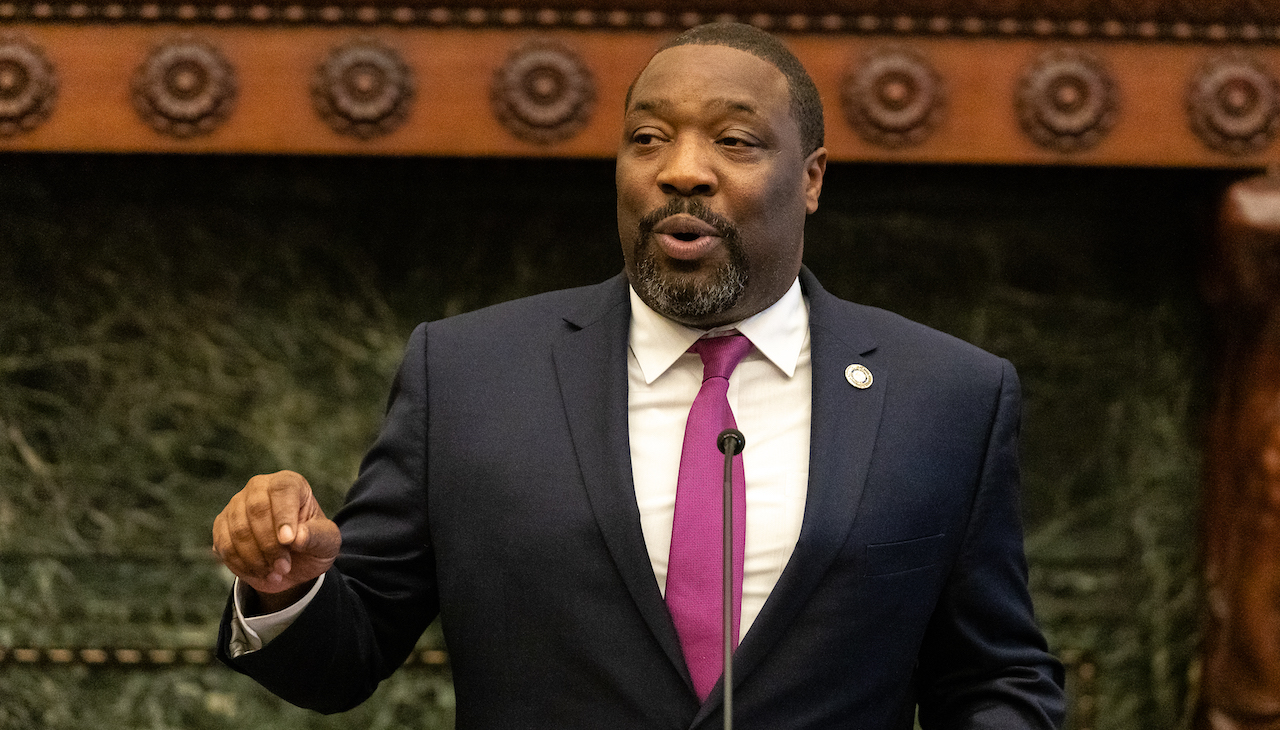 The Philly Councilmember gets off on bribery charges. Photo: Jared Piper/PHL Council

After a tumultuous retrial, days of deliberation, and a juror getting dismissed, the acquittal means the end of years of legal matters against Johnson.

It was a joyous occasion for Philadelphia Councilmember Kenyatta Johnson, his wife Dawn Chavous, and two other partners as they were acquitted on federal bribery charges, on Wednesday, Nov. 2. The four were retried after a mistrial was ruled in April.

The original jury had spent 25 hours over the course of five days in deliberation.

The prosecution argued that Johnson accepted bribes to help finance a struggling nonprofit founded by legendary music producer Kenny Gamble. The decision from the jury only reaffirmed the defense’s disapproval of the case for lacking evidence, with facts purposely handpicked to reach a fixed ending.

The defense’s lawyer described the retrial as an attempted overstep by the prosecution to fabricate a crime that they declared to have never occurred. The jury refuted the government’s accusations and evidence that Johnson had used his clout as a city official and sold that power to two nonprofit executives who allegedly used that money through a sham $67,000 consulting contract with the councilmember's wife.

The jury also acquitted the two other defendants, Rahim Islam and Shahied Dawan, who are former executives for Universal Companies, the South Phillly affordable housing organization and charter school operator founded by Gamble, who were accused of providing the councilmember with payoffs.

Johnson and Chavous were retried after their first trial ended in a mistrial in April. The jury was five men and seven women who voted not guilty for the four defendants on all counts. It was reported that both Johnson and his wife, Chavous, broke down into tears upon hearing the verdict.

Chavous’ cries were heard throughout and outside the courtroom as she embraced family who were present and her attorney, Barry Gross, as the jury exited the courtroom. Many supporters were also present on the final day as they gave the defendants thumbs up signs.

The allegations were that of a supposed quid pro quo scheme in which the councilmember accepted over $67,000 in bribes for political favors that benefited Universal Companies.

That money was allegedly then funneled through his wife’s company, Chavous Consulting, per a fraudulent contract agreed upon back in 2013. According to the government, Chavous did not do enough work for the nonprofit to prove otherwise.

The prosecution alleged that the bribe funds then made Johnson bring to council new zoning legislation that would allow Universal to keep control of a valuable property in Johnson’s 2nd District. This includes the Royal Theater located at the 1500 block of South Street, what was then a failing business that Universal was in danger of losing as a result of a conservatorship petition that was filed in Pennsylvania state court.

Johnson’s prospective legislation rezoned the Royal Theater, making it possible for Universal or another developer to bring an all-purpose business to the site that would have ended the legal effort to separate Universal from the property itself. The legislation was introduced a little less than a week after Chavous had deposited her final Universal check.

In under two years after the legislation passed in City Council, Universal had sold the Royal for more than 10 times what they paid for it — over $3.7 million. The alleged bribe money Johnson accepted also enabled him to use his political entitlement to stop Philly back in 2014 from getting land back that Universal owned on the 1300 block of Bainbridge Street.

This, along with the city Housing Authority, was in violation of a 2005 agreement to build housing on the site. According to prosecutors, Johnson’s position created a “chilling effect” that enabled Universal to keep hold of the property.

This was a trial filled with much drama that included the judge actually having to intervene during deliberations earlier on Nov. 2, in addition to having to kick out one of the jurors from the panel. The newly-constituted panel was then directed to begin its discussions anew.

U.S. District Judge Gerald A. McHugh did not explain his reasoning for doing so, but told the remaining jurors and the alternate to come back into the courtroom after noon. This follows several days of not-before-seen activity from the jury that revealed there were some issues when it came down to trying to decide if Johnson was guilty or not.

On two separate occasions on Tuesday and Wednesday morning, the judge entered the jury room to address the panel behind closed doors.

“Please deliberate in good faith,” McHugh told the new panel. “No one should surrender their position just because someone disagrees.”

Both the defense and the prosecution hope this settles the issue for once and for all. Assistant U.S. Attorney Eric Gibson did not comment on the verdict. Johnson and his attorneys are expected to make a statement later today.