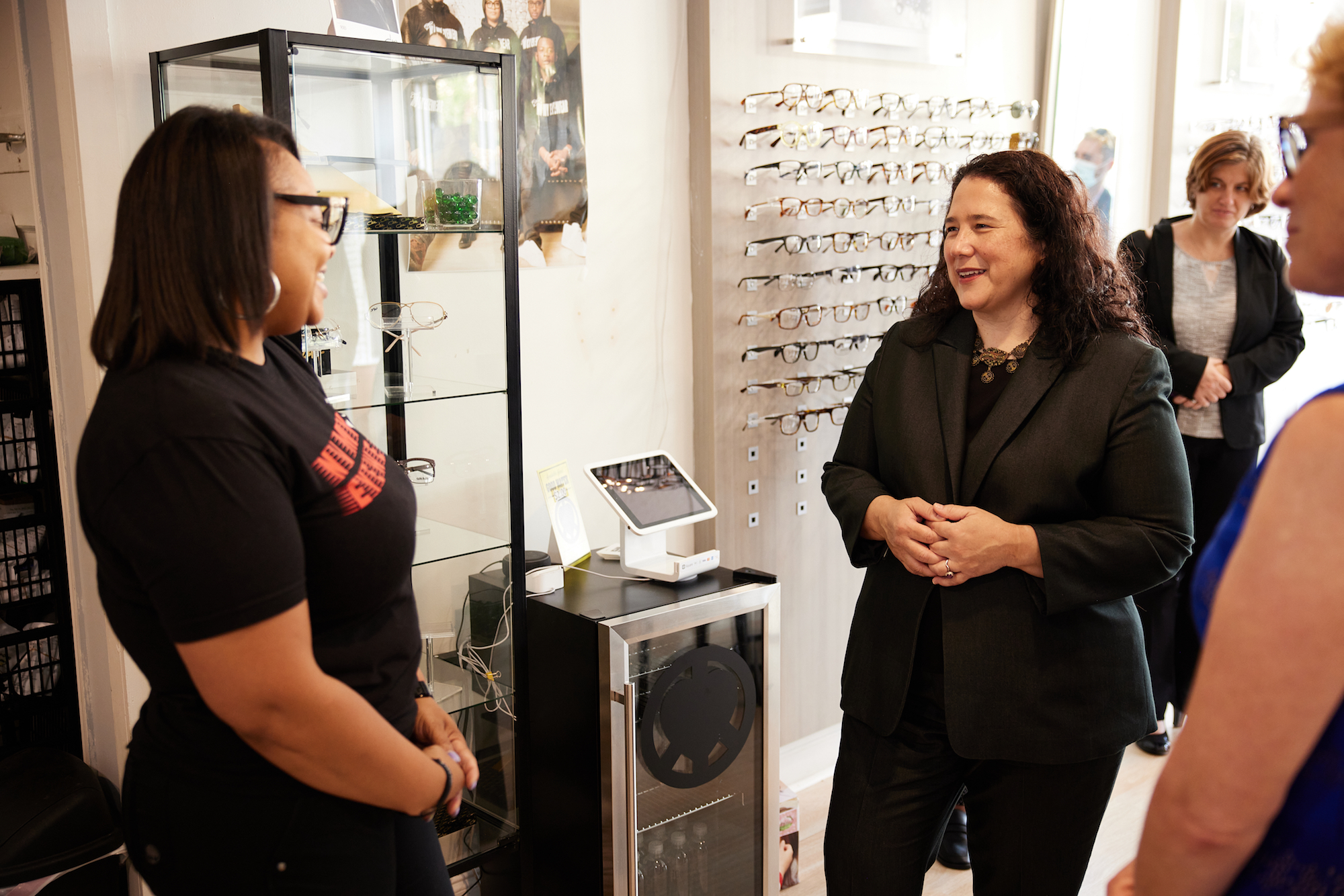 In a one-on-one with AL DÍA, the SBA Administrator spoke about the importance of building bridges with communities to expand access and inclusivity of the…

Back on July 15, Small Business Administrator Isabel Guzman came to Philly to gauge the successes of the many SBA relief programs for small businesses throughout the pandemic and also to identify what else needs to be done as the country continues to recover economically.

She followed it up with a roundtable discussion alongside a number of small business leaders and representatives from around the city.

In a sit-down interview later in the day with AL DÍA, Guzman called Philadelphia her “first home away from home in California.”

The label comes from her time as a student at the University of Pennsylvania, but in Guzman’s role as SBA administrator, the city also provides a good case study on the economic impact of COVID-19 on small businesses.

“Philadelphia represents America in so many ways,” Guzman said.

On her walk down 52nd street, Guzman stopped in at NV My Eyewear, which was one of the millions of small businesses across the country to get financial help in the form of PPP and economic injury disaster loans (EIDL) to see through the pandemic.

Owner Tiffany Ward said she was fortunate to get all the loans she applied for during the pandemic’s worst days, and put major emphasis on trust built within the surrounding community as the key to helping others get similar relief.

Her only critique was for more leniency when it came to savings as to whether or not a business could be eligible for a loan.

When talking with business leaders throughout the day, Guzman told AL DÍA about some of the other concerns she heard.

At the top of the list was capital to either still recover from COVID-19’s economic depression or grow.

“Small businesses want to do what they do best, which is build those revenues, create those jobs,” said Guzman.

She also mentioned how most business leaders she met with were “hopeful,” but more help is needed.

“The American Rescue Plan Act helped and so do getting shots in arms, but more is needed,” said Guzman.

In coming to Philadelphia, Rep. Chrissy Houlahan said she hoped the SBA Administrator saw what worked and didn’t with some of the loans provided to small businesses throughout the region and country.

“This has been both great news and good news and some bad news. Some of the programs were very well received and well utilized, and others, I think, struggled to get off their feet and get going,” said Houlahan.

It drives home the previous point made by Ward of community connections, which go a long way in determining whether some small business even have access to relief programs.

Guzman’s visit to Philly was also about that even though she came with prior connections to the city.

“I serve as the voice of 30 million small businesses and innovative start-ups, but hearing directly their stories really fuels my work,” she said.

Not only do they directly impact how SBA programs are communicated, structured and rolled out, but also go a long way in improving the overall ecosystem of U.S. small business.

“It inspires the changes and improvements that we aim to make to make sure this economy is inclusive,” said Guzman.

She continued to call the latter point of inclusivity for Black and Brown-owned businesses “personal” given her history of being raised in her dad’s chain of veterinarian hospitals.

“From one-year-old on, I just sort of grew up in the environment of helping his clients and helping him with his business,” said Guzman.

Businesses like her dad’s have traditionally been left out of most relief programs or business-boosting efforts. That was also true In the early days of COVID-19 small business relief programs, but it has improved in 2021.

In the same vein of minority-owned small business, Black and Brown entrepreneurs also now make up a rapidly-expanding sect of the overall entrepreneur population in the U.S.

Regardless of their needs, Guzman said the SBA has resources to help.

“The changing face of entrepreneurship reflects that women and people of color are starting businesses at the highest rates,” she said. “We want to build bridges to make sure that those businesses can access the resources they have.”

This article is part of Broke in Philly, a collaborative reporting project among more than 20 news organizations focused on economic mobility in Philadelphia. Read all of our reporting at brokeinphilly.org.