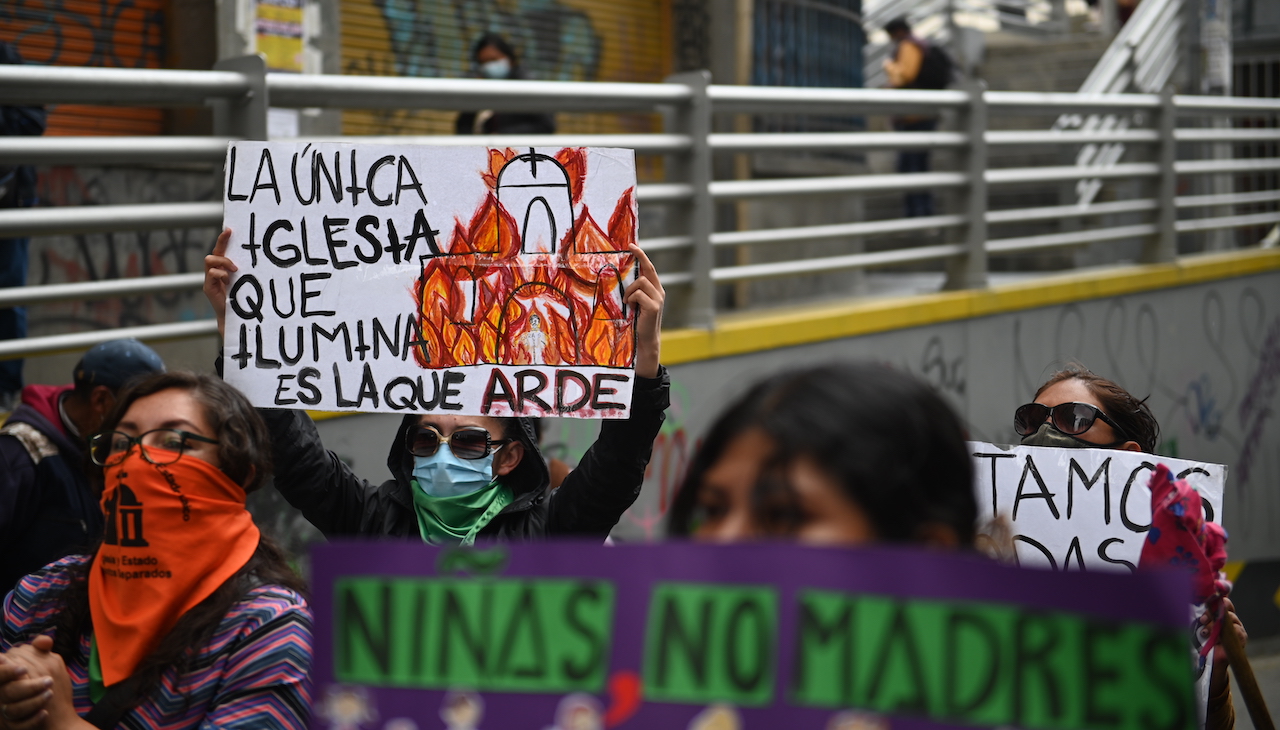 The Statutes of Limitations Reform Task Force hopes to expand and create better access to justice for sexual abuse survivors across the globe.

Earlier this month in a momentous vote, the United Nations General Assembly recognized Nov. 18 as “World Day for the Prevention of and Healing From Child Sexual Exploitation, Abuse and Violence,” an annual commemoration to bring awareness and shed more light on the future prevention and healing of child sexual abuse.

President Joe Biden also signed into law earlier this year the “Eliminating Limits to Justice for Child Sex Abuse Victims Act of 2022,” which abolishes the statute of limitations for federal civil causes of action relating to child sex abuse. It does away with the the previous 10-year statute of limitations to start a civil action for any individual who, as a minor, was the victim of forced labor, sex trafficking, sexual abuse, sexual exploitation, and transportation of minors to engage in sexual conduct.

As a result of those two historic decisions, National Organization Child USA joined forces with the Brave Movement, a worldwide effort to end sexual violence against minors, to establish the first-of-its-kind Global Statute of Limitations Reform Task Force (Global SOL Task Force) that is built to take on the epidemic of child sexual abuse across the world.

The two organizations are further expanding their respective aims to aid and assist survivors that face obstacles or are unable legally to get justice. The unique task force includes the leading global names in legal, policy, and advocacy experts to educate and raise awareness about the universality of child sexual abuse and as a result of their advocacy efforts, hopefully open or create more pathways to justice for survivors.

They are also introducing an online dashboard ranking 19 Central and South American countries from best to worst using an “A” to “F” ranking based on each country’s respective restrictive criminal statutes of limitations for child sexual abuse. The dashboard itself is only the start of a five-year plan from the Task Force to plot child sexual abuse SOLs in every continent.

“There is a growing movement to and statutes of limitations for child sex abuse around the world but it needs to move faster if we're going to protect more,” Marci Hamilton told AL DÍA. “And there are plenty of countries that haven't considered this yet. They don't have any idea why this is necessary.”

Brazil and the Dominican Republic were among the countries with the worst laws and most restrictive criminal statutes of limitations. Additionally, they have Concordat laws that are legal agreements arranged by the Vatican with numerous countries that limit the capability of civil authorities to question, compel the production of documents, and even prosecute those associated with the Catholic Church.

Among the best were Chile and El Salvador, who have complete elimination of SOLs for child sexual abuse crimes that as a result give survivors the chance many others do not have to get legal representation and take their perpetrators to court. Child USA played a role in helping eliminate Chile’s statute of limitations back in 2019. While back home in the U.S., the organization has been at the helm in reforming SOLs in 92% of states.

Hamilton spoke on what specifically the collaborative efforts and support between the two organizations that they hope to give survivors that are barred from seeking justice will look like.

“Our work will be able to have toolkits for each country and we’ll be able to draft legislation for each country to assist the local movement in each country to be able to make the changes they want,” she said. “This is collaborative from beginning to end. The idea is that we've got the most knowledge about the existing statutes of limitations and what works. Then we can translate that and provide it so that the grassroots movements can achieve all that they do with change.”

The task force is bringing together legal, policy and advocacy experts globally to raise awareness and steer advocacy efforts. It is an educational aspect that will consist of seminars in addition to releasing information along the way. Hamilton said the elimination of these statutes of limitations benefits the world in three ways.

“It is a public policy that needs to be adapted because it identifies the hidden predators and puts them in jail,” said Hamilton. “It validates the victims who are kept silent by short statutes of limitations and educates the public. We will be keeping the dashboard up to date tracking on a routine basis, and providing information, webinars to the world on what needs to happen in order for victims to get access to justice.”

When asked about what are some of the restrictions or obstacles that sexual abuse survivors have or currently face in seeking justice, Hamilton brought up four main aspects found by Child USA scientists.

“One is the trauma effects, psychological and physical. The second, children’s brains haven't fully developed to the point that they have the ability to understand and stop child sex abuse. You really need to be an adult to understand your childhood was stolen,” said Hamilton. “Third, there is often trust and even love for the perpetrators, so it is extremely confusing to the child. Finally, perpetrators and the institutions that protect them often issue either explicit or implied threats that keep the child silent for decades.”

AL DÍA also spoke to Dr. Miguel Angel Hurtado Calvo, the co-chair of the task force, survivor of child sexual abuse himself and international advocate for survivors, who gave more insight on his role in this initiative and said his interest to help comes from his personal experience of being abused back in his home country of Spain.

“At the time I was abused, the law was pretty awful. The statute of limitations was very short so I was not able to press charges,” he said. “Then some activist survivors in Spain, we started lobbying a few years ago, and we were able to get some incremental change.”

The change was that in 2021, the Spanish Criminal Code was amended. As a result, survivors now have more than 70 years to press charges. He then realized that each country was amending the law on their own, while activists on the ground were not cooperating so much with each other which had a detrimental impact.

As a survivor himself, Hurtado Calvo also offers a perspective that is near and dear to the overall mission.

“Some of the key themes, the need to be able to change these laws is for people to understand delayed disclosure. That a child when they are abused, a lot of times they are not equipped to speak up about it,” he said. “The average age is around 33 years, from when the abuse happened to being able to understand and process the experience, tell the story, and be able to face the possible backlash that they might receive.”

In regards to the task force, they will look to raise awareness and also educate people. When asked about what are some things that people are unaware about when it comes to these issues of child sex abuse, he said that it is an issue for all people, not just directly victims themselves.

“People are not aware that it's directly related to them in regards to ensuring that other survivors are able to get justice in the criminal and civil justice system. It's not somebody else's fight, because if you have children who go to school, who go to religious organizations, you want to make sure that there are no hidden predators. The only way to expose these hidden predators is to ensure that adult survivors in the past are able to expose them,” he said.

Hurtado Calvo also said that at the end of the five year plan, they hope to speed up and catalyze the velocity of change and adding that time is of the essence.

“If you take 10 years to change the criminal statute of limitations, a lot of abusers will get some impunity because in the future when survivors press charges, they will be judged by the criminal law that existed at the time,” he said. “The sooner we start, the sooner other survivors are able to access justice and be able to expose hidden predators, and the sooner children are safe.”

While Hamilton’s role in the taskforce is research-based, Hurtado Calvo’s is working more on advocacy and on the ground. He is contacting politicians to persuade them that they are falling behind the times and that other countries around them have been much more ambitious in changing criminal and civil statute of limitations.

With Nov. 18 fast approaching, it will mark the first recognition of “World Day for the Prevention of and Healing From Child Sexual Exploitation, Abuse and Violence.”

“Child sexual abuse is a global epidemic that knows no borders,” said Hamilton. “With the United Nations recognizing the need to end child sexual abuse across the globe, we’re taking our advocacy and public education efforts worldwide to empower survivors and hold sexual predators accountable on every continent. Beginning with Latin America, the Global SOL Task Force is shining a light on archaic statutes of limitations and disturbing legal agreements with the Catholic Church that are blocking justice for millions of survivors. It’s critical to educate people and policymakers across Latin America and the world about outdated protections for sexual predators that are threatening their communities every day.”