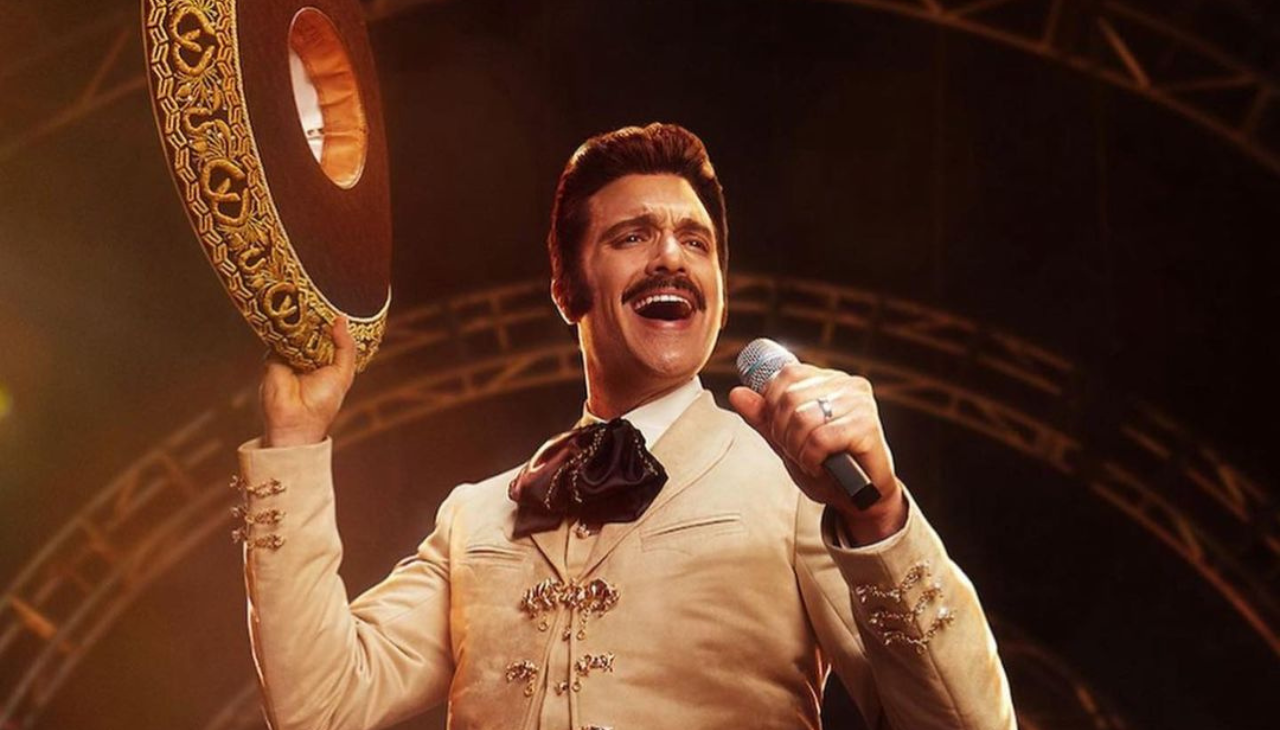 Vicente Fernández's series is the most watched on Netflix

"El Rey, Vicente Fernández" entered the top 10 on the platform after only one day of its premiere.

The production, starring Sebastián Dante and Jaime Camil, who personify "Chente" in different moments of his life, has the endorsement of the artist's family and was produced by Caracol Televisión.

After its premiere, the series was number 1 in Mexico, Bolivia, Chile, Costa Rica, Ecuador, Guatemala, Honduras and Nicaragua. It also entered the number 4 position of the most watched series in Colombia and the United States.

"With all the love, with all the affection, with all the quality, with all the respect, to him, to his fans, to his family, trying to make an interpretation or an artistic appreciation of the icon, of who Vicente Fernández is, no one more than him," Jaime Camil told Semana Magazine.

Before his death in December 2022, Vicente Fernández had approved the casting and the music, as he wanted to tell his version of the story with which he would be remembered.

At a press conference, Camil spoke about the challenge of bringing Vicente Fernández, a great artist of international stature, to the screen.

"We had to move away from making a parody, make a character from his essence to connect with people, a very human and real one (...) We did acting exercises among the four of us to show how each one of us walked, we embraced and supported each other," he mentioned.

The series of the King of Ranchera is "an account that delves into the intense life and prolific career of Vicente Fernández: from his humble origins to his consolidation as an icon of Mexican music", as stated in its synopsis on the streaming platform.