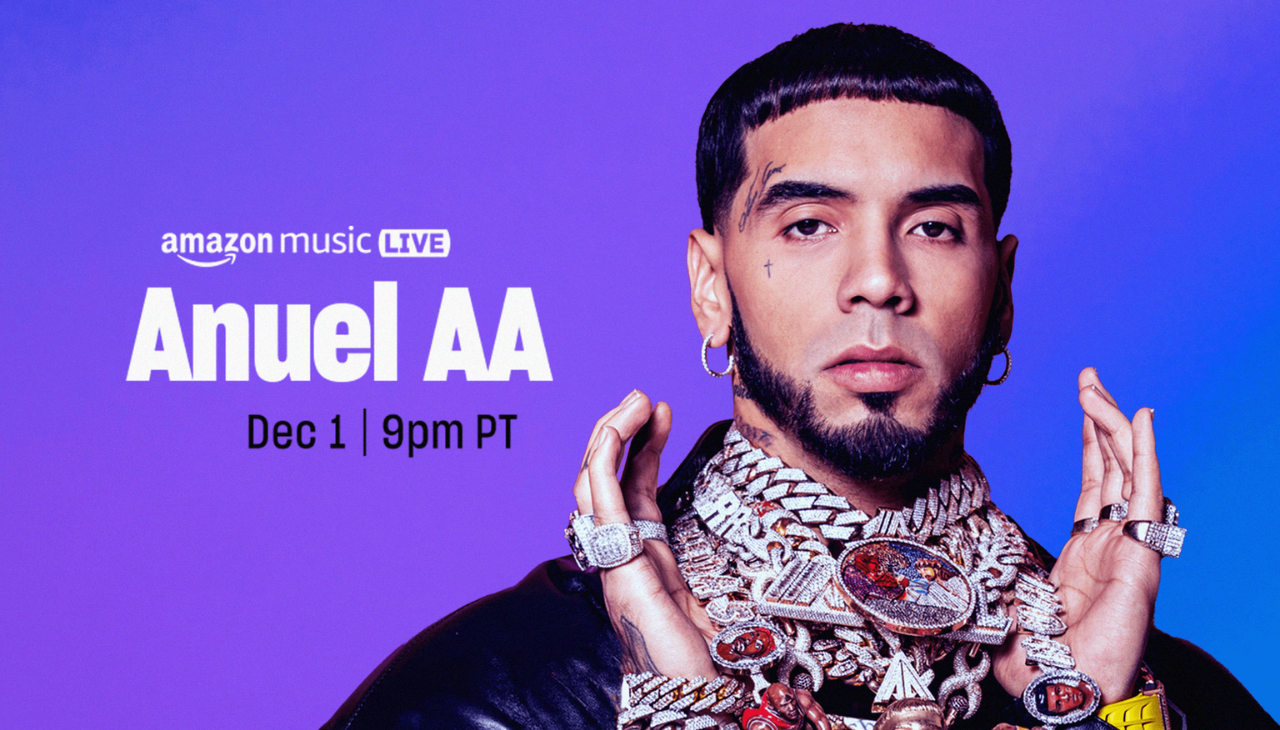 Anuel AA's presentation will be on December 1st. Photo: Amazon

Anuel AA will be part of Amazon Music Live

This new concert series will be streamed after Thursday Night Football and will also be hosted by rapper 2 Chainz, who will give fans "unprecedented access" to their favorite artists, Amazon Music said in an official statement.

The concert, which will feature Anuel AA, will be streamed live on the Prime Video streaming platform from Los Angeles.

Amazon Music Live premiered on October 27th with Lil Baby's inaugural performance, following the release of his new album It's Only Me, and on November 3rd, three-time Grammy winner Megan Thee Stallion captivated Amazon Music Live viewers around the world, performing songs from her albums Traumazine, Good News and others, the music platform reported.

"With performances from Lil Baby and Megan Thee Stallion - not to mention Kane Brown just this week - Amazon Music Live has made Thursday nights the place to go," 2 Chainz said during the initial unveiling. "And we're just getting started. I can't wait to welcome Lil Wayne and Anuel AA to our stage in the coming weeks."

Anuel AA is currently promoting his new album, "Leyendas nunca mueren," as a tribute to his idols and artistic achievements, EFE agency said.

Similarly, the Puerto Rican artist had already said that for "personal reasons" he canceled his tour, which bore the same name as his album, with which he had planned to offer concerts during August, September and October in several U.S. cities. So far, his songs are awaiting new dates.