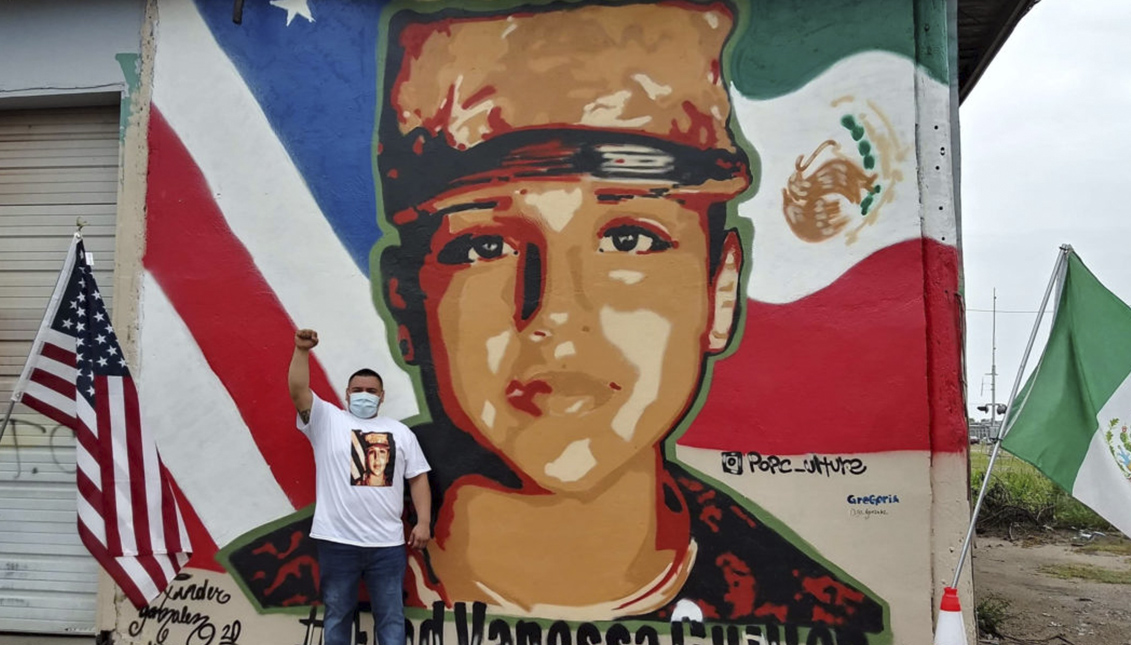 The mural is located 400 miles south of where Vanessa was last seen alive. Photo: The Monitor.

A car washing facility in the city of Donna, Texas, where many of the relatives of Vanessa Guillen, the 20-year-old soldier who mysteriously disappeared last April 22 from Fort Hood in Killeen, has become the canvas for a huge portrait of the young woman with waving Mexican and American flags.

This was the way in which the muralist of the Alamo, Alexander Gonzalez, contributed to the search for the missing woman, which has raised an enormous controversy since many believe that there is something rather murky, and the progress of the case's investigation has been highly criticized.

Gonzalez painted the mural with only $40 and about 400 miles south of where the woman was last seen. He told The Monitor that he felt he had to do something after seeing Guillen's mother speak on television and ask for justice for her daughter and everyone's help in finding her.

"Days ago, I saw Vanessa's mother speak out with courage, with every beat of her heart," the artist said. "She was crying, and I thought, 'you have to do this. You have to help."

After much searching, Gonzalez found the best place in the entire Rio Grande Valley to paint his mural, the Hernandez Car Wash in Donna. A stroke of luck that can only be explained as fate, since a large part of the soldier's family lives there and he met them all during a couple of days he was working on this huge and beautiful tribute.

In fact, family members and neighbors –as well as the police department itself and the City Commission– showed their support and collaboration.

"I want to thank the community for helping me," Gonzalez said. "Without them, I would never have finished."

The muralist hopes that this work will further the search for Guillen and bring awareness to the community.

Something still smells very bad about Vanessa Guillen's disappearance. Neither her family nor her neighbors can explain how the young woman can still be missing after two months and are demanding justice and an independent investigation.

Guillen, a Houston native, was last seen on April 22 at Fort Hood. She had been in a gun room where the police found her ID card, wallet, and keys to her car and apartment.

Although the soldier's commander, Colonel Ralph Overland, has promised to bring her back home and showed the relatives the parking lot where she was last seen, little or nothing is known about her.

Meanwhile, Democrat Sylvia Garcia said Tuesday that Guillen sent a text message to her supervisor with the serial number of a gun she was ordered to check on April 22. For the lawyer, the message is "disturbing" and she believes it could have been sent by someone else.

Guillen is not the only member of Fort Hood to have disappeared. Last Friday, the body of Gregory Scott Morales, 24, was found in a camp in Killeen.