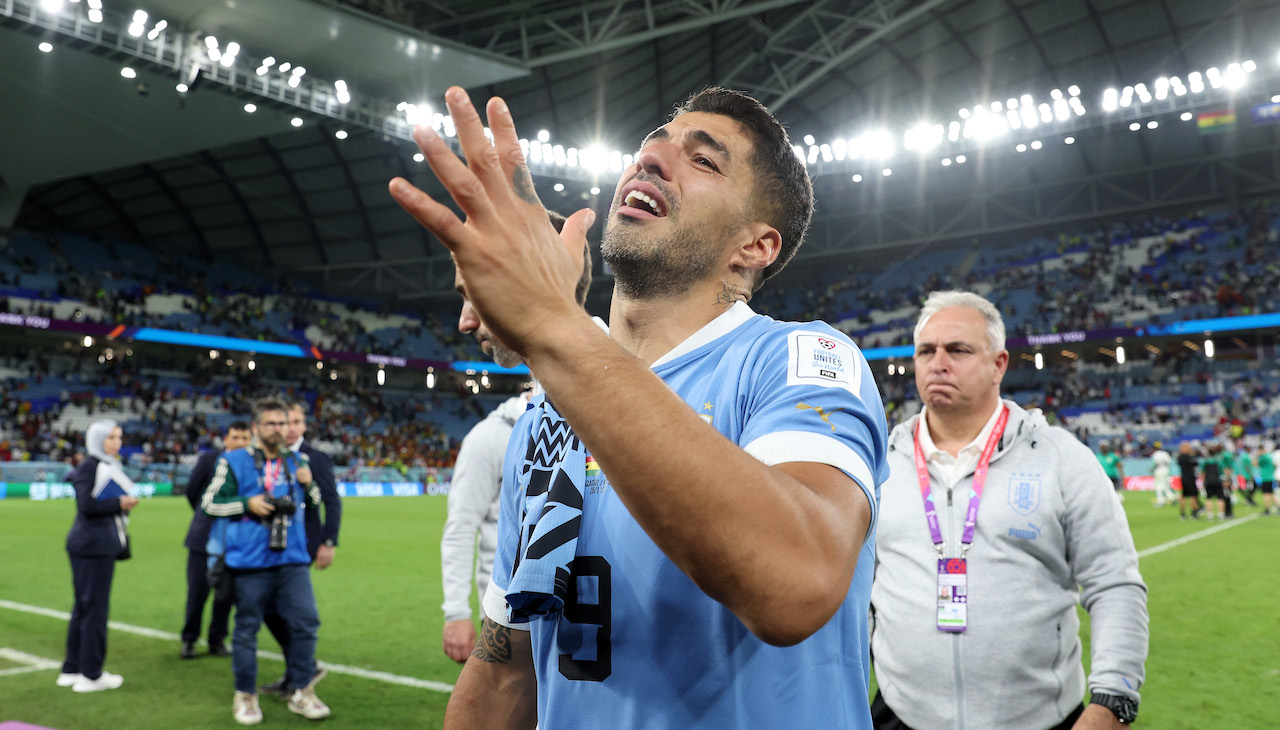 The Koreans spoiled Uruguay’s night as they advanced with a late winner vs. Portugal, eliminating the South Americans on goals scored.

Despite Uruguay defeating Ghana 2-0, both countries were eliminated from the tournament as Wolverhamton striker Hwang Hee-chan delivered a tournament saving goal in stoppage time for South Korea against Portugal.

As a result of South Korea’s late winner, they and the South Americans were level on wins, draws, losses, and points, but the South Koreans advanced to the Round of 16 because they scored more goals. South Korea scored four goals to Uruguay's two.

It was a dream start for Uruguay, who knew they would need to win their matchup vs. Ghana to advance, but they did not have it in their mind that South Korea would defeat Portugal. Flamengo midfielder Giorgian de Arrascaeta secured a first-half brace.

Uruguay had to feel comfortable in the second half of its own match holding a 2-0 lead over Ghana, but the South Korean score in stoppage time put Uruguay behind the eight-ball with just minutes left.

The South Americans knew they needed another goal and had plenty of opportunities in the waning moments, but couldn't find the back of the net.

For Ghana, they failed to avenge the South Americans who eliminated them more than 12 years ago in the 2010 World Cup in a penalty shootout in the quarter finals. It was more heartbreak today as they saw another World Cup journey come to an end.

It was also more penalty heartbreak for Ghana as Andre Ayew had his first half penalty saved by Sergio Rochet to keep the game level before Uruguay finally got their first. For Ghana and their devoted fanbase, it was a haunting site that they are too used to witnessing after Asamoah Gyan missed his penalty for Ghana in that 2010 World Cup quarterfinal game.

It did not take long for Uruguay to take the lead, and they opened the scoring after nearly half an hour as De Arrascaeta got an easy header into an empty net after Ghana goalkeeper Lawrence Ati Zigi saved Luis Suarez's first effort.

They would then double their lead nearly five minutes later through another De Arrascaeta strike off a Suarez pass over the top of the defender with the ball landing sweetly at the feet of De Arrascaeta, who rocketed it home.

It was a pretty uneventful second half as Uruguay thought they had done enough to advance, which they had, as South Korea and Portugal were still level at 1-1. However, momentum and feelings shifted drastically in the final moments as news came through of South Korea's last-minute winner in stoppage time.

The South Americans needed one more goal to overtake the South Koreans. Uruguay and South Korea both ended up with four points due to the results, but with the teams tied in goal differential, the next tiebreaker was goals scored.

Uruguay threw all their players upfront and pushed to score, but were denied and eliminated from the tournament in what was possibly Luis Suarez and Edinson Cavani’s last World Cup for their nation.

South Korea on the other hand made history, and advance through to the Round of 16 where they will almost certainly take on Group G winner Brazil. The Portuguese still won the group and will now take on the winner of Serbia vs. Switzerland in the Round of 16.