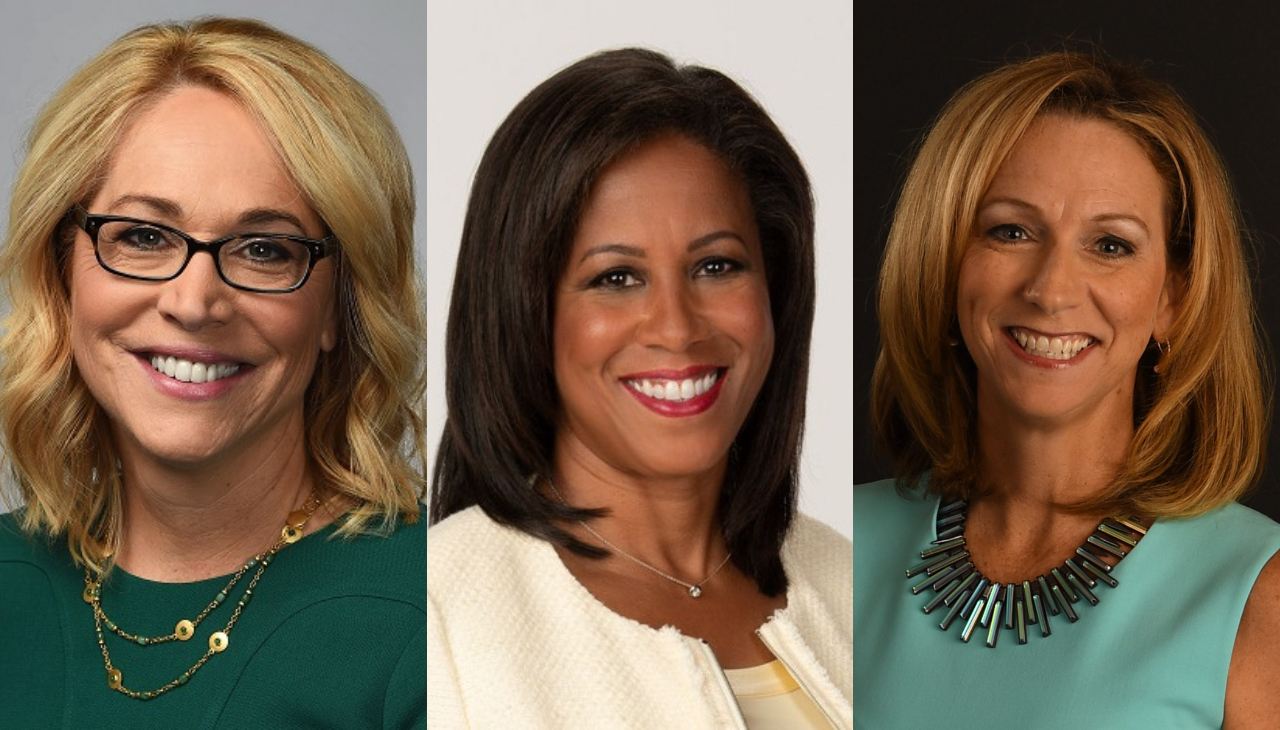 The Feb. 9 game between the Utah Jazz and Golden State Warriors on ESPN featured three women on the broadcast team for the first time in league history.

Women are blazing trails in just about every part of society and within just about each professional industry, sports and media notwithstanding.

The National Basketball Association has existed for over 75 years, and there had never been an all-woman broadcast team — until Wednesday night.

The Feb. 9 ESPN broadcast of the Golden State Warriors vs. Utah Jazz game featured three prominent, trailblazing women who have paid their dues throughout their respective careers.

Beth Mowins provided the play-by-play for the game, while Doris Burke provided commentary. Lisa Salters was on the sidelines as the on-court reporter providing updates and conducting the pregame, halftime and postgame interviews.

While those three outstanding women provided crucial on-screen duties, more than 30 women staffers ran the broadcast from behind the scenes.

“We’ve come a long way from the days when there was only one woman on the show,” said Mowins in an interview with The Mercury News. “Hopefully we celebrate this marker once and then it’s not a big deal to see a bunch of women calling and working the NBA.”

In 2017, she became the first woman to call play-by-play for a nationally televised NFL game, and provided the same outcome for the NBA earlier this season.

For Burke, she began her broadcasting career after a successful collegiate basketball career with Providence College, where she led the Big East Conference in assists as a freshman. She also made the All-Big East second team and twice made the all-tourney team of the Big East Women’s Basketball Tournament. During her senior year, she was named the college’s Co-Female Athlete of the Year.

She began working with ESPN in some capacity in 1991, and has been a steady voice for commentary in the NBA, WNBA and college basketball.

Wednesday night’s broadcast presented a great deal of significance not only for her, but for the dozens of other women who played a part.

“One of the most exciting parts of this for me is there’s a group of women who will never be seen tonight in various roles: tape, graphics, audio, operations … I guarantee you each and every one of them — just like the three of us — have been in a position at some point where the only person in the room who was of your gender was yourself,” said Burke.

“So now it’s unique that this entire broadcast is basically filled with women. And so maybe for the first time in their career ever, they can feel like they’re not the minority. Representation matters, no matter what,” she added.

Salters began her broadcast career in news reporting and was an ABC News correspondent during the mid-1980s before transitioning to sports in 2000. She has worked extensively as a sideline reporter for NBA on ESPN, as well as Monday Night Football.

On the one hand, broadcasting is what she has done for decades, making Wednesday night’s game similar to any other. However, she still understands the value of the all-woman team.

“This is what we do every day. So for us, it doesn’t feel like something different; this is what we do two, three times a week,” Salters told the Salt-Lake Tribune. “And yet, the significance of the moment isn’t lost.”

More than a half-century since the passage of the Title IX legislation, disallowing gender discrimination against educational opportunities, women continue to scratch the surface in efforts to break the glass ceiling.

For young girls and women who have aspirations of entering the male-dominated sports or broadcasting industry, the voices and faces of Burke, Salters and Mowin can serve as shining examples of the possibilities that can be afforded.