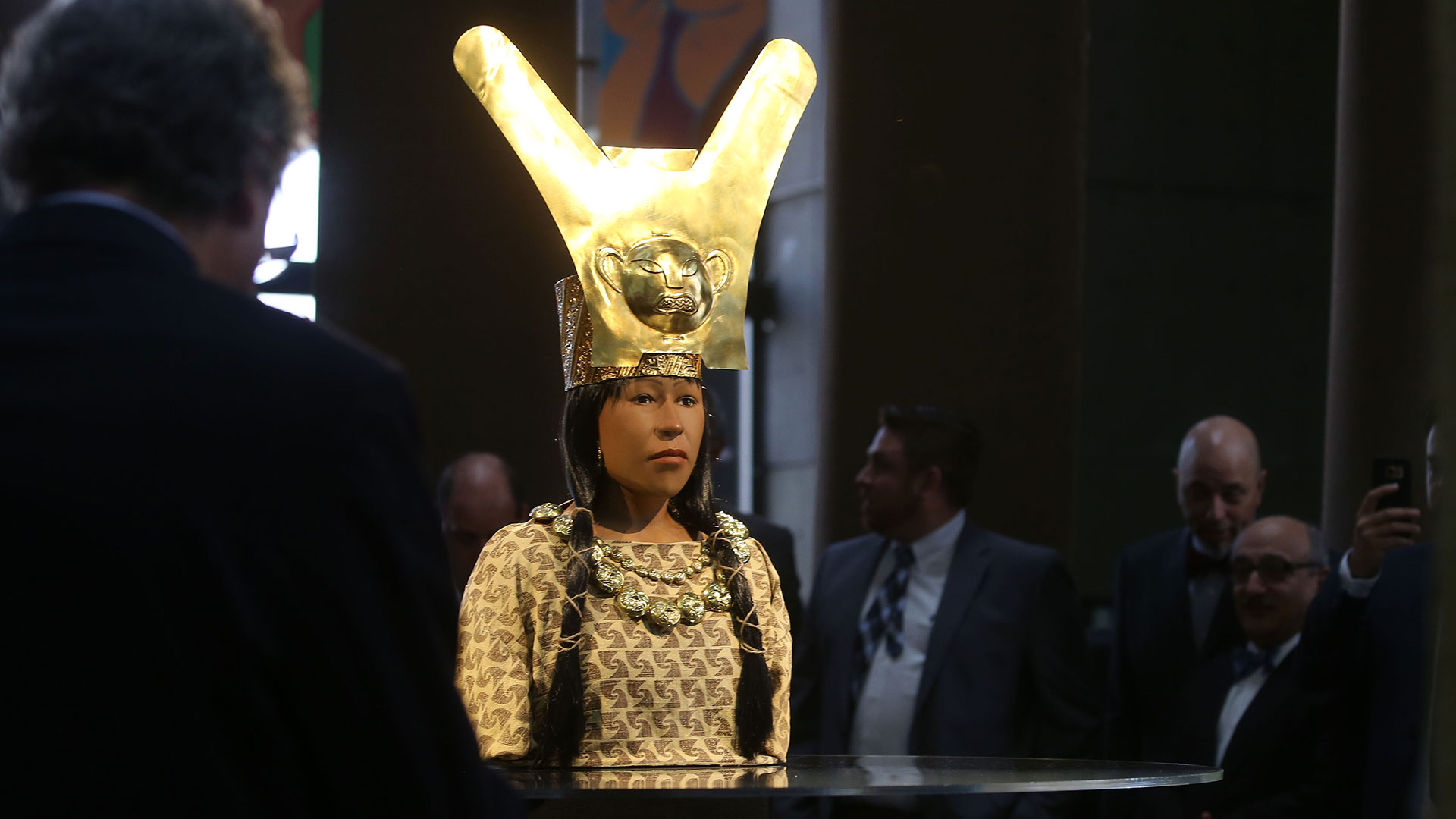 Virtual reproduction of the face of the Dama de Cao. Photo: EFE.

Fifteen years of the Lady of Cao, the woman who ruled Peru

It has been 15 years since the discovery of La Señora de Cao, the woman who ruled northern Peru 1,700 years ago.

The discovery of the Señora de Cao 15 years ago revolutionized the known history of Ancient Peru.

Considered the most powerful woman of pre-Hispanic Peru, she belonged to the Moche civilization. Her discovery "was a milestone for Peru and for the whole world," according to what Peruvian archaeologist Régulo Franco told EFE.

After 1700 years, we can finally know the face of the Señora de Cao, a woman who died at the age of 25, but led the political, administrative and religious affairs of the Chicama River valley between the fourth and fifth centuries.

Her importance was similar to having a semi-divine rank, and she was buried with her riches and jewels along with five individuals: two priests, two guardians and a teenage girl.

She was found in the tomb of the Huaca (temple) Cao Viejo, a 275-square-meter room decorated with murals depicting Moche cosmology, inside the El Brujo archaeological complex, near the city of Trujillo, on Peru's northern coast.

"It was a mystery who was inside until months later we got the happy news that it was a woman. That's when our history changed. We began to realize that women did have a fundamental role in the development of Ancient Peruvian societies."

Research shows that she could have been a contemporary of other great Moche rulers, among them a predecessor of the Lord of Sipan, who has been compared to Tutankhamen.

"Let's not forget that the tombs of the Lord of Sipan were in a mausoleum outside the temple. Here it is the opposite. The tomb is inside the enclosure of the Moche major temple. Considering that the architectural spaces of this building were sacred, it gives a greater social and political category to this woman," affirmed Franco.

Adorned with tattoos on her forearms and hands, with figures of snakes, in clear sign of her religious power as a healer and possibly also as an oracle, and of spiders, for her weaving skills, the "Señora de Cao" is the most important finding in the archaeological complex of El Brujo.

Celebrating the fifteenth anniversary of the discovery of this figure, the Wiese Foundation will publish the book with the most complete history of the Señora de Cao so far.
The foundation began to investigate the area of El Brujo in 1990 and has only worked in the main temple, where the Señora de Cao was found. There is still much to know and discover.