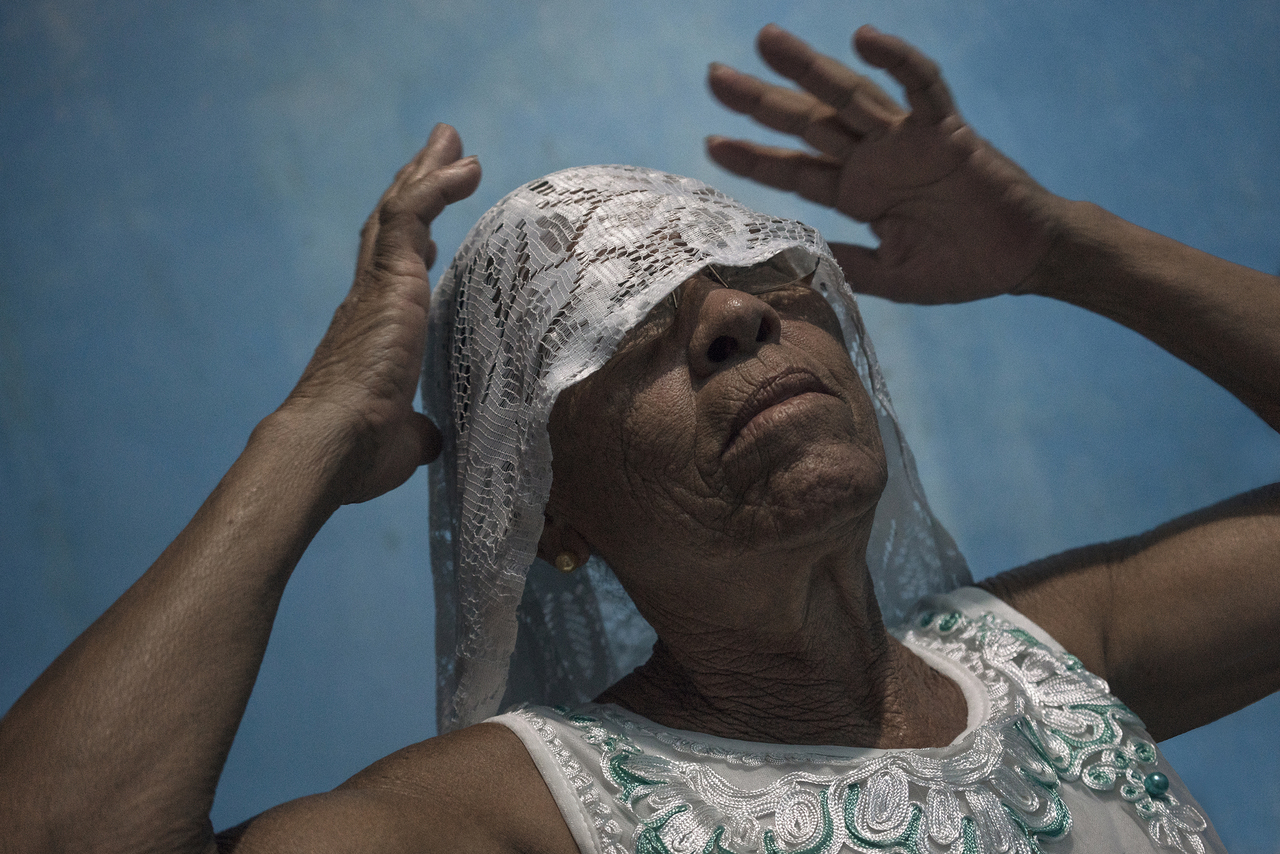 The Bronx Documentary Center’s 5th Annual Latin American Foto Festival will be held from July 14- 31 in the South Bronx, NY. The event is free and open to all.

Fancy a trip to the Bronx in the coming weeks?

The Festival will include works from Colombia, Argentina, Chile,Venezuela, Mexico, El Salvador and more. The photographs represent long-term projects on family, memory, culture, and other social issues, such as Paola Paredes’ interactive photo experience about the queer community in Ecuador, Jorge Panchoaga's collective project with Afro-descendant communities throughout Latin America and Yael Martínez's work along the migration route between Honduras, Mexico, and the U.S.

This festival, the only one dedicated to Latin American photography in the city, is free and open to all.

As part of the festival, the BDC will hold in-person workshops, tours, panel discussions, and other community events.

Chilean photographer Tamara Merino’s project Isolated Soul evokes a deep emotional state of nostalgia and profound melancholy, called "saudade" in Portuguese. The term translates as the longing for something that is absent, or a loved one. The word became part of the everyday language for the 4 million African people that were captured and forced into slavery — the very same who shape the Afro-Brazilian community today.

This constant feeling of saudade is a poetic way to describe missing one’s homeland. It is the very same sentiment that kept that community alive for so many centuries, during sadness and torture. The feeling was so strong, it marked the identity of whole generations. It has been transmitted almost as if it were genetic, generation after generation, into the present day.

Every year, hundreds of thousands of people flee violence and insecurity in Central and South America, traveling by train, bus, and on foot to reach the United States. Many end up expelled or blocked at the U.S.-Mexico border, stranded in some of the most dangerous areas of Mexico, where they become targets for kidnapping, assault, and extortion.

Over the past two years, Mexican photographer Yael Martínez and filmmaker Sergio Ortiz Borbolla have spent time along the migration route between Honduras, Mexico, and the United States to meet with people who are taking extreme risks to achieve their dream of a better life in a safer place.

"We heard heartbreaking accounts, where history repeats itself, where the persecutors seem to be the same, where someone stabbing someone else is the reflection of ourselves, of our deepest dreams or fears. [...] This has been only one journey, for the resilience of humankind, for the fight for what we call life, for all voices uniting, and for the song of our existence to burn eternally,” said Yael Martínez.

Casitas is a long-term photography project that documents those Puerto Ricans who live in wooden homes in the mountainous areas of the island. The series aims to give U.S. viewers and others a look into the current living conditions of these Americans, by collecting oral history and learning about the residents, their families, and the challenges they have to overcome in the face of climate change, unstable power service, limited economic support, and government inefficiency.

For a long time, writing was considered the only valid way to record any kind of knowledge, but many cultures have preserved their knowledge and traditions through memory and oral tradition. It’s important to recognize that difference, and nurture and promote it. When we listen to stories, our imagination is activated and every time a story is told, it changes. It’s never the same. “Imagining the fire of memory” is a teaching method that aims to share narrative and visual skills with Afro communities in different parts of Latin America, seeking to more closely align the relationship between memory, oral tradition and imagination.

"The methodology proposed here derives from Kalabongo, a photography project conducted in San Basilio de Palenque, and from my teaching experiences in universities and workshops. In this project we work with groups of students and communities, immersing ourselves in joint work and shared learning, seeking to learn from everyone’s inherited stories," said Panchoaga.