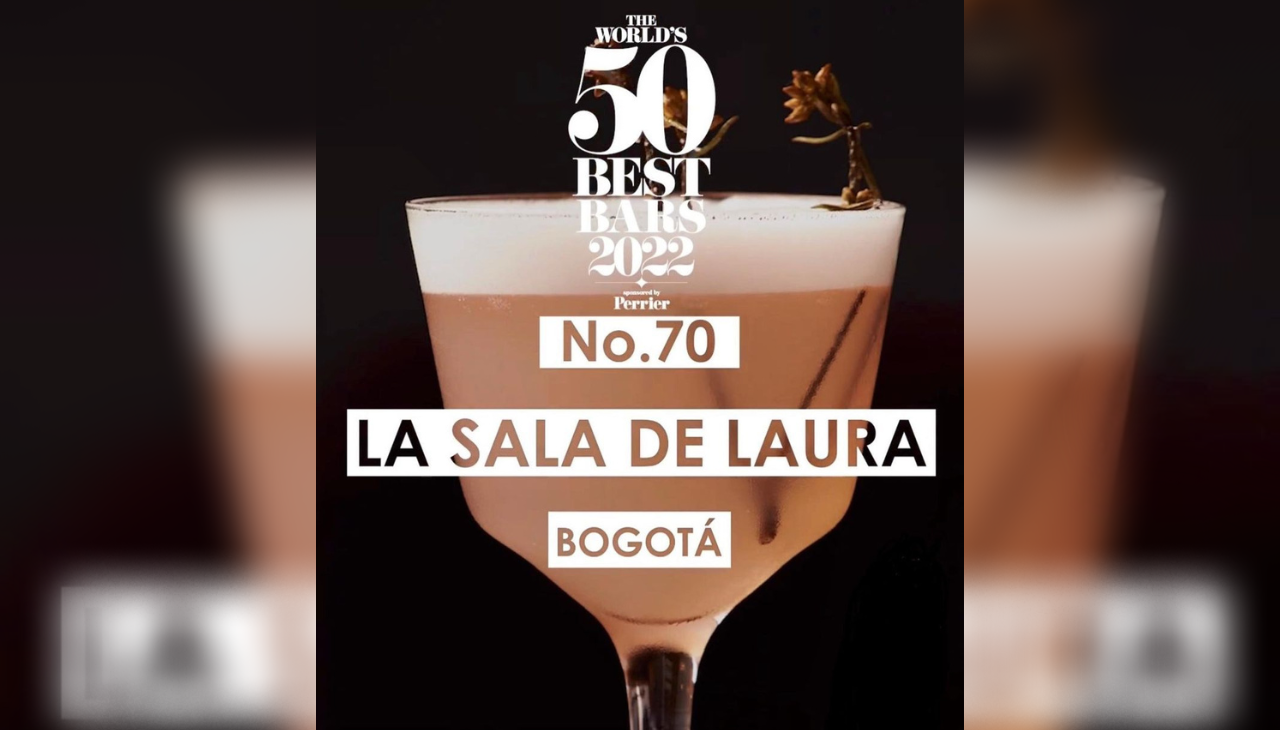 Two Colombian bars among the best in the world

The establishments are located in Bogota, the capital city, and Cartagena de Indias, respectively. They are part of the list between the 51st and 100th places, as the first places will be announced on October 4th, after the official ceremony in Barcelona, Spain.

La Sala de Laura is part of the restaurant Leo, where its chef Leonor Espinosa was awarded as the best chef in Colombia, also by World's Best.

This bar, ranked 70th, has dishes to share prepared by Espinosa and the drinks are in charge of her daughter, Laura Hernández, "a master of mixology, who has also been at the forefront of promoting Colombian artisanal drinks and even developing new formulas based on local ingredients, has received applause for her proposal, already recognized worldwide", according to the Colombian newspaper El Tiempo.

El Barón is ranked 66th on the list and is listed as a cocktail bar located in the Plaza San Pedro Claver in the Historic Center of Cartagena.

The 50 places published on the World's Best website recognized bars in 32 different cities. Mark Sansom, Content Director of The World's 50 Best Bars, said that the recovery of these places from the scars of the pandemic was taken into account. "They have continued to overcome, with extraordinary resilience, the challenges still facing the industry," he said.

The United States has the most establishments ranked in the Americas with four of the 11 bars in the region - The New Goto Bar, Mace, The Dead Rabbit and Sweet Liberty. The official listing also includes two new entries from Mexico: Brujas in Mexico City and Zapote Bar in Playa del Carmen.