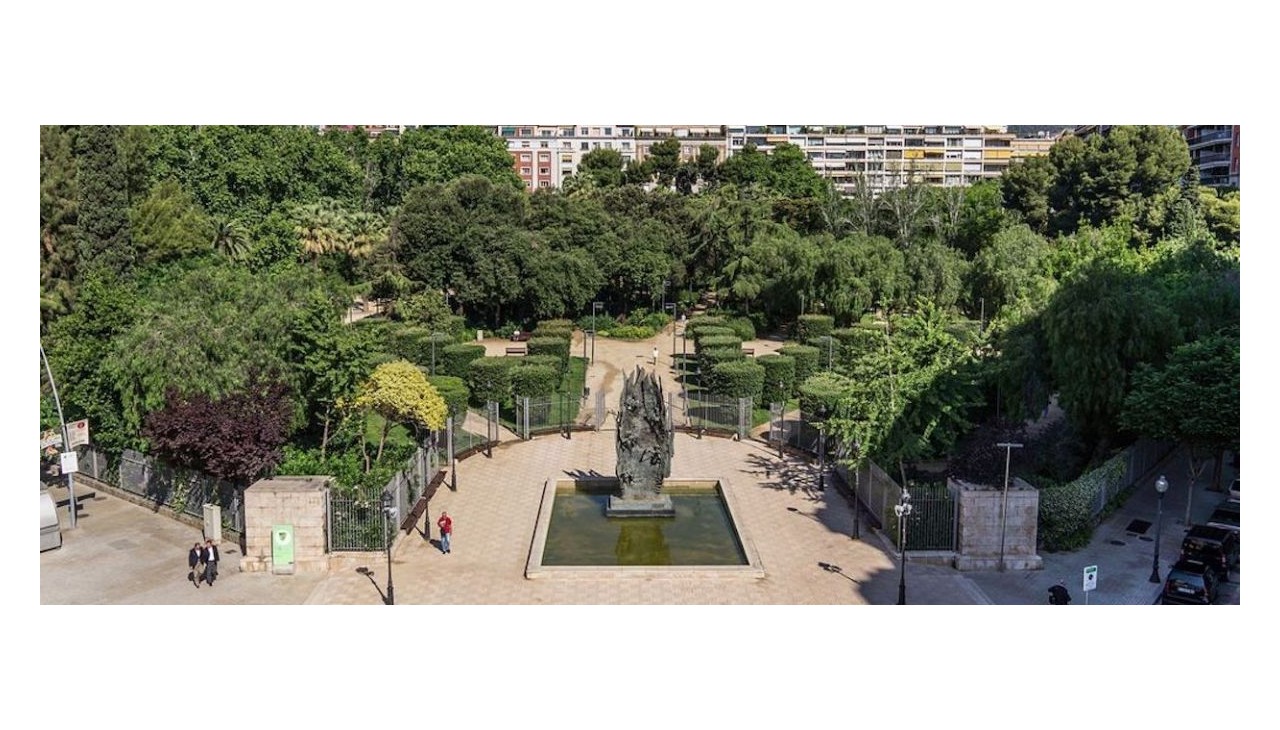 Dedicated to music and poetry, Turó Park is one of the most elegant parks in the Catalan capital

A wide esplanade of green grass, rabbits hiding in the bushes, jazz concerts, children screaming with joy on swings and slides, a group of parents chatting in Russian, English and Italian.

We are not in Central Park in New York, but in Turó Park, one of the most elegant parks in Barcelona.

Located in the upper area of the city, where wealthy families and rich Catalan people have traditionally resided (an apartment overlooking the Turó Park can easily exceed $2 million), this beautiful urban park is one of the favorite places for locals to take refuge from the Summer heat.

Opened in 1934, Turó Park occupies the space formerly occupied by an amusement park and still retains much of its original trees, a pond covered by water lilies that bloom in Spring, and a collection of sculptures in tribute to musicians and poets of the time.

"It's the best place to be this time of year," said Olivia, mother of an almost two-year-old boy who scampers through the park in search of rabbits.

Olivia, who lives on a nearby street, comes to the park twice a day, once in the morning and once in the afternoon, in search of some shade and contact with nature. From the park, visitors can see the balconies of the elegant residential buildings that flank the space, mostly luxury apartments that are empty in August because their owners are on vacation. The quality of life in this residential area — good schools, shopping malls, big apartments — have also attracted a prominent expat community surrounding the park.

For those who had to stay in Barcelona in Summer, Turo Park is like having a private garden — a place to come and stroll along its dirt paths or have a cool beer in the small open-air bar in the center of the large garden, shaded by poplars and palm trees, where birthday parties are often held.

The main entrance to the park is on Avinguda Pau Casals, a few meters from the Diagonal, and is presided over by a sculpture dedicated to the famous Catalan cellist, who lived for many years in the United States. As visitors enter the park, the sandy paths lead them to the water lily pond and meadow, a green expanse protected from the sun by poplar trees, filled with people reading books or playing ball.

Given its beauty and special location in the heart of the most posh Barcelona, the park has also served as a natural set for some films.

This was the case for Savage Grace, directed by Tom Kalin in 2006, starring Julianne Moore, and 2007's Desierto Sur, by Chilean director Shawn Garry, starring his compatriot Carolina Varleta and Spanish actress Marta Etura. In this road movie, Etura plays the role of Sofia, a young woman living in Barcelona who travels to a remote corner of Chile to bring her mother's ashes.