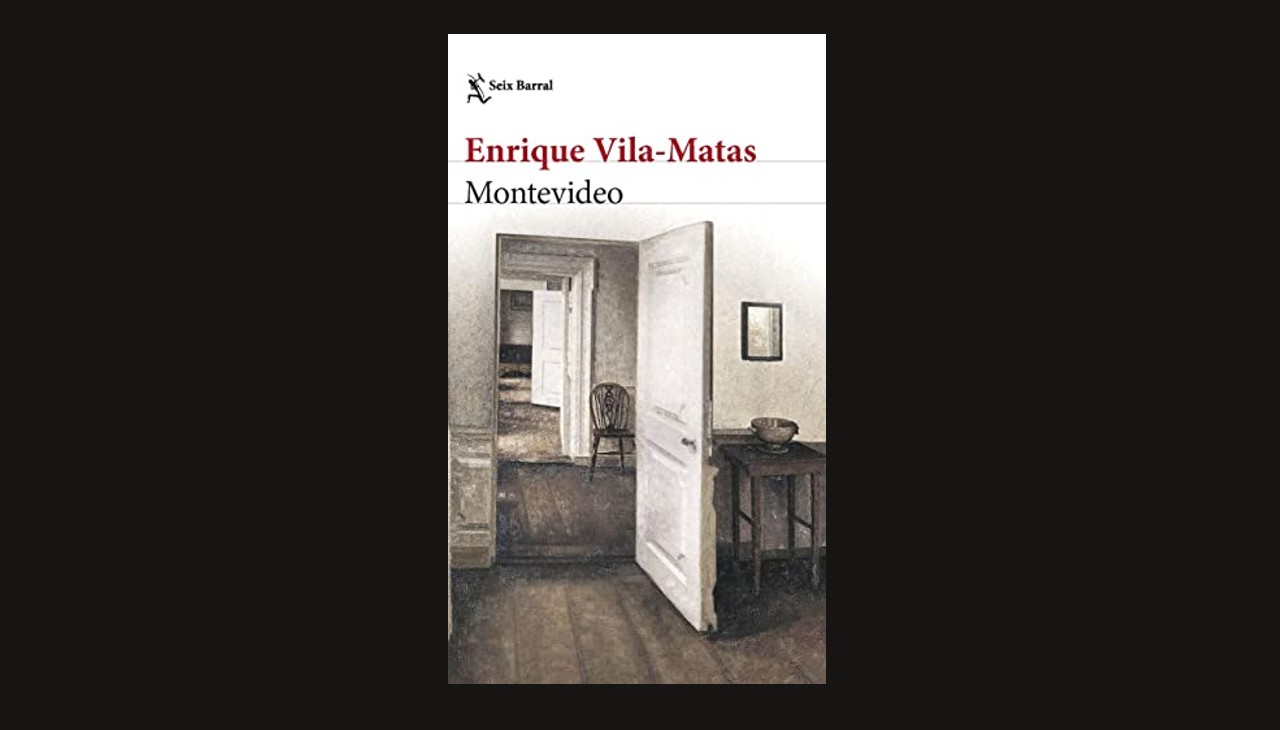 Enrique Vila-Matas returns with 'Montevideo,' a novel set in a short story by Julio Cortázar

Amid a period of personal and literary transformation, the narrator of the novel Montevideo begins to observe signs on doors and in adjoining rooms, symbols that communicate Paris with Cascais, Montevideo, Reykjavik, St. Gallen and Bogota, and they stealthily bring him back to writing, to the desire to transform into sheets of life certain experiences that, at the very least, cry out to be narrated.

"In recent times you have become a writer to whom things really happen. I hope you understand that your destiny is that of a man who should be wishing to rise, to be reborn, to be again. I repeat: to rise. In your hands is your destiny, the key to the new door."

Halfway between fiction and reality, Barcelona writer Enrique Vila-Matas (Dublinesque, Bartleby and Co.) returns with an autofiction novel that deals with the ambiguity of the world as a characteristic feature of our times.

According to the author in a recent interview with La Vanguardia, the story of this novel goes back 20 years, when an Argentine writer friend of his told him that Bioy Casares and Julio Cortázar had each written a very similar story. In both, the protagonist takes the ferry from Buenos Aires to Montevideo and stays at the Cervantes Hotel and hears things through the door of the room.

In Casares' story, the protagonist hears a couple having sex. In Cortázar's, the cry of a child.

Vila-Matas became obsessed with knowing that hotel in Montevideo, where the two Latin American writers mixed reality and fiction, and that is the origin of this novel, which has detective and horror novel overtones.

From the hotel room, Vila-Matas becomes a diary writer, as he begins to observe signs that communicate him with Paris, Reykjavik, Bogota and Montevideo itself. Everything together leads him irrepressibly to reprimand writing, which he had abandoned.

"I wanted to try to find out the usual. If reality and fiction are the same, or almost the same," said Vila-Matas during the presentation of his novel in Barcelona.

Born in 1948 in Barcelona, Vila-Matas is one of the most internationally celebrated Spanish authors and many of his novels have been translated into English and are available in the U.S. market. Among them are Bartleby y compañía (Bartleby and Co.), El mal de Montano (Montano's Malady), París no se acaba nunca (Never Any End to Paris), Dublinesca (Dublinesque) and La Modestia (Vampire in Love).

He has received, among others, the Rómulo Gallegos, Médicis and FIL awards for Literature in Romance Languages, is a Chevalier of the French Legion of Honor, belongs to the convulsive Order of the Knights of Finnegans, and is a prominent member of the Society of Refractories to General Imbecility (based in Nantes).