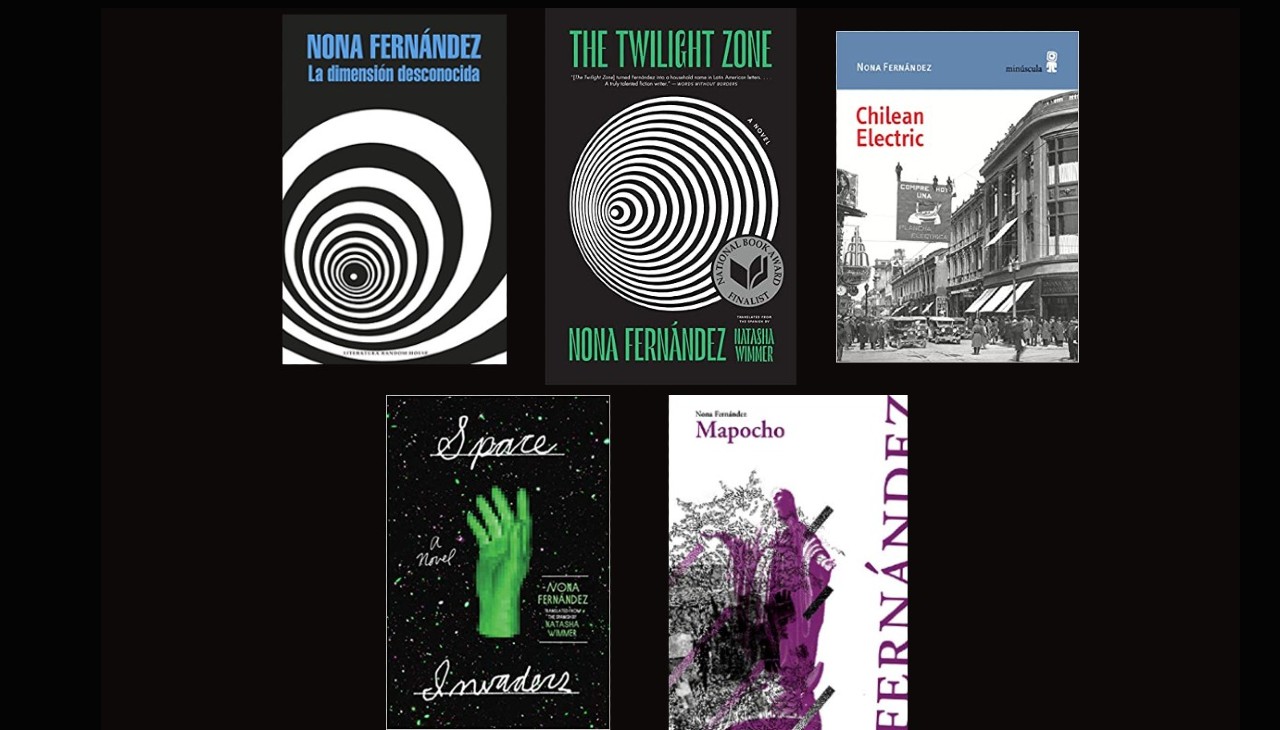 Nona Fernández, a literature of memory

Chilean writer, author of 'Space Invaders' and 'The Twilight Zone,' explores the collective memory of the Chilean people

In 2002 Chilean writer Nona Fernández published Mapocho, a novel that tells the tragic story of La Rucia, a Chilean woman who drags the secret of her country, that of oppression.

La Rucia was born cursed, she was spit on and went to the end of the world, to the south of everything. She needs to get the twists of an incestuous relationship out of her head — her brother, the Indian, out of her head. La Rucia desperately searches for her neighborhood because only from there can she tell her story. She remembers something of her city, Santiago, of the surroundings of the Mapocho River, but it is difficult for her to locate herself and narrate her story, which is crossed by that of Chile. Of the slaves who built the Cal y Canto bridge, of a suicidal historian and an absent father, of towns burned by the military and pichangas ended with gunshots. Of Lautaro, the Mapuche military leader, who, decapitated, returns on horseback to Plaza de Armas as a sign of struggle.

This debut novel by Fernández synthesizes the traits that have consecrated her as one of the most important contemporary storytellers in Latin America, that of a collector of collective memory.

The idea of the book started when the author saw three corpses thrown into the Mapocho River. She tried to find out who they were, unsuccessfully, but the investigation led her to review the memory of the city, beyond the 'official' one, as she explained in a talk with Casa America Madrid.

If in Mapocho, we are transported to a past of death and pain through the bodies dragged by the river that passes through the Chilean capital, in Space Invaders (available in English), she investigates the memory of the disappeared. She was inspired by the story of a schoolmate of hers, daughter of a dictatorship criminal. Fernandez explored the memory that each of her classmates, now grown up, recalled of her.

"I realized how crazy and arbitrary memory is," she said. "What is possible to remember collectively, if possible?" she wondered. Perhaps the only way is to accept that it is impossible, and from multiple fragments, try to put together a collective memory, the author concluded.

In The Twilight Zone: A Novel, (also translated into English), her most famous novel, she describes the atrocities of the Pinochet dictatorship. It tells the story of a secret police agent who, in the middle of the dictatorship, decides to desert. Before doing so, he decides to tell everything to an opposition magazine. "I want to talk," he says, and a journalist turns on her tape recorder to listen to a testimony that will open the doors to a hitherto unknown dimension.

Confronting her own experience with the stories of the man who tortured, the narrator enters into the lives of the protagonists of this ominous testimony — that of a father who is arrested on a bus while taking his children to school and that of a child who changes names and lives until he witnesses a massacre, among others.

"While writing this book, I realized that local stories can become very universal, shared by many societies," Fernandez said.

Her most recent novel, Chilean Electric, tells the story of her grandmother, coinciding with the legend her grandmother told her about the arrival of electric light to the Plaza de las Armas in Santiago. She tries to understand what a memory is, how we remember as a society, why we appropriate certain memories.

"The result is an intimate and familiar novel, but with a social key: the Plaza de Armas is a very social place in Santiago de Chile," she recalled.

Fernández is currently working on two books, both about collective memory and the way we remember as a society.

"I feel we have failed," she said.

The first one explores lineage with a Basque ancestor. The second is based on the story of a guerrilla fighter from the armed struggle against Pinochet, imprisoned in total isolation.

"He has not been able to reconstitute his memory; his lifeline is memory," she concluded.