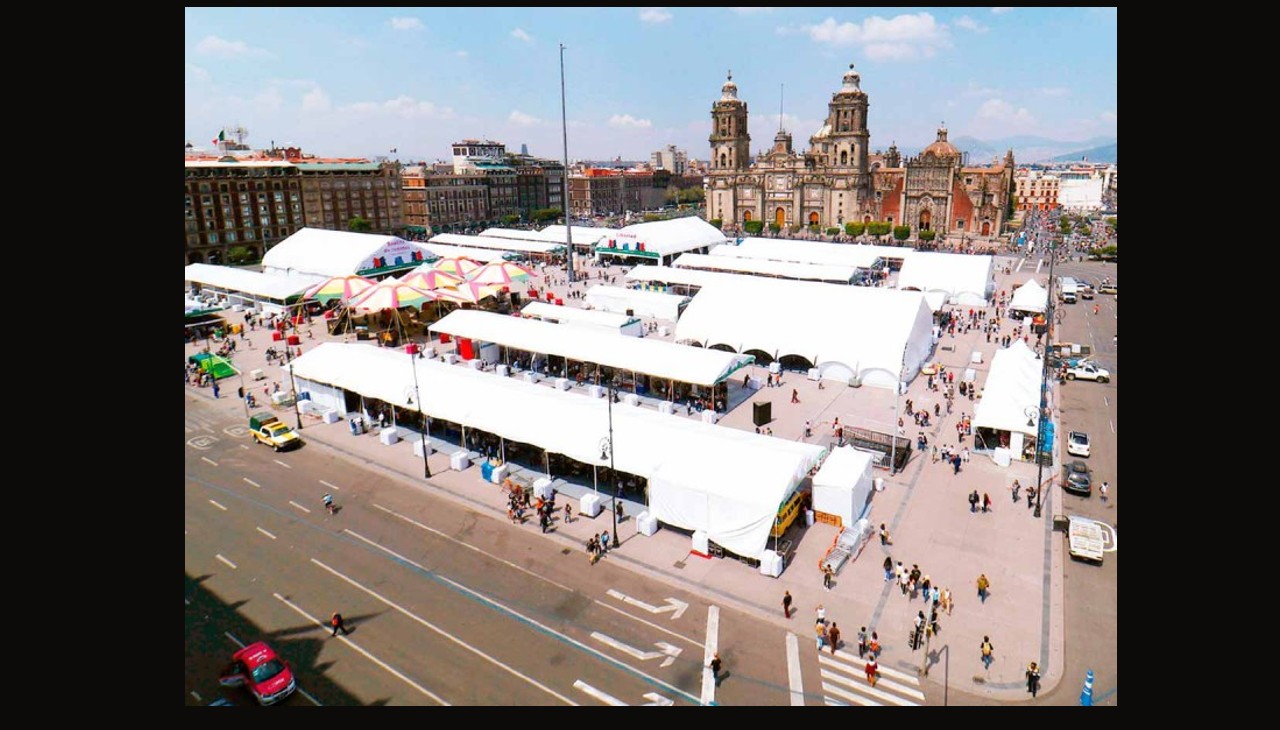 FIL Zócalo 2022: A book festival in the heart of Mexico City

From Oct. 7 to 16, more than 200 free activities will be held on literature, criticism, social movements and current issues

If you are planning to visit Mexico City in October, you will find the famous Zócalo square invaded by books. The 22nd edition of the International Zócalo Book Fair (FIL Zócalo 2022) will take place from Oct. 7 to 16, with the presence of great personalities, including Elena Poniatowska, Noam Chomsky and Jean-Luc Mélenchon.

The slogan of the fair, with the main purpose to promote popular culture through books, conferences, talks and music, is 'Latin America at the Forefront.' The event is totally free and will be attended by 55 public figures from different countries (Colombia, Brazil, Argentina, Ecuador, Venezuela, Chile, Cuba, Bolivia, Spain, France, Italy and the United States), as well as more than 150 Mexican writers, including Juan Villoro, Alma Delia Murillo, Claudia Marcucetti, Mónica Lavín and cartoonist Rafael Barajas 'El Fisgón.'

"We are convinced that this fair is designed for the people," Paloma Saiz, director of the XXII FIL del Zócalo, said at a press conference.

The program, totally free of charge, beyond literary activities, includes documentary screenings, musical presentations and talks on political, historical topics, social struggles, among others. There will also be tributes to figures such as activist Rosario Ibarra de Piedra, who died in April this year, and Spanish writer Almudena Grandes, who died in November 2021.

Books "have a very important role" in many ways, Saiz said, and with fair organizers hope to catch the passerby who "accidentally" crosses the Zócalo.

The opening ceremony will feature Noam Chomsky and a concert by filmmaker Emir Kusturica and his band The No Smoking Orchestra.

As part of the public nature of the fair, editions will be given away. This year, 10,000 is the goal across five titles: La revolución Magonista, by Armando Bartra and Jacinto Barrera; a compendium of articles from La Jornada by Elena Poniatowska; La peor señora del mundo by Francisco Hinojosa; Las sendas abiertas en América Latina with essays by various authors; and Paz y Rutina, a graphic novel by Gerardo Horacio Porcayo and Bernardo Fernández BEF.

For those unable to attend in Mexico City, the events will be streamed on all the social networks of the Ministry of Culture of Mexico City and the Brigada para Leer en Libertad, the organizers of the event. The complete program of the fair can be viewed here.